Lawrence said he feared Abbott may never player cricket again as a result of the tragedy.

Two former England fast bowlers who were centrally involved in near-fatal accidents on the field voiced their concerns for paceman Sean Abbott on Thursday following the death of Phillip Hughes. The cricket world was united in grief after it was announced that Hughes, due to celebrate his 26th birthday this weekend, had died two days after being hit on the head by a ball bowled by Abbott.

Hughes collapsed after being struck on the base of his skull while batting for South Australia against New South Wales at the Sydney Cricket Ground on Tuesday and never regained consciousness. He appeared to be hit in an area not covered by his batting helmet as he attempted to hook a bouncer from Abbott. For  Peter Lever and David Lawrence, Hughes’s death was a reminder of how close they each came to being in the same awful position as Abbott.

In an era before helmets, Lever initially thought he had killed Ewen Chatfield with a bouncer during a Test match in Auckland in 1975. But following mouth-to-mouth resuscitation performed by England physiotherapist Bernard Thomas, the New Zealand tailender eventually made a full recovery. “It’s a very difficult thing to handle. Sean Abbott certainly won’t be sleeping for the next few weeks, that’s for sure,” Lever, who later became an England bowling coach, told the BBC.

“I honestly do not know how they can help a young fellow who has simply bowled a delivery at cricket. Sean will have to deal with it. I’m sure he’s got many friends to help him, but he has got to come to terms with what has happened.”

Meanwhile, Lawrence said he feared Abbott may never player cricket again as a result of the tragedy. As a 24-year-old paceman with Gloucestershire, Lawrence bowled a ball that hit West Indies batsman Phil Simmons — who was not wearing a helmet — on the head in a tour match at Bristol, south-west England.

Simmons’s heart stopped and he needed emergency brain surgery before recovering. “He collapsed. They rushed him to hospital, and were able to save his life and take a blood clot off his brain — and he subsequently went on to play again,” Lawrence told the BBC. Lawrence said the fact he was able to talk to Simmons, now the coach of Ireland, was a huge help.

“What gave me comfort was I was able to see Phil Simmons 48 hours after, and he was able to tell me it wasn’t my fault,” recalled the now 50-year-old Lawrence. The bowler in this instance wouldn’t have been able to do that. Hughes didn’t make a recovery. He [Abbott] wasn’t able to talk to him.

“So my thoughts go out to him as well — because whether he will come back from this or not, personally I don’t think he’ll play cricket again,” added Lawrence, whose Test career was cut short by an horrific knee injury he suffered while running in to bowl against New Zealand at Wellington in 1992. As well as condolences for Hughes, there has also been widespread sympathy from among the global cricket community for Abbott.

Former Australia fast bowler Jason Gillespie, now the coach of English county champions Yorkshire, told Sky Sports: “Abbott is a lovely young kid who was just running in and doing his job, bowling balls and it was one of the last things that he would have expected.” Pakistan fast bowling great Waqar Younis questioned whether the 22-year-old Abbott would continue in cricket, suggesting to AFP that he needed counselling.

But former England quick Stephen Harmison said of Abbott, “I hope he gets close to fulfilling the potential he’s got because nobody can even contemplate what’s going through that boy’s mind at this moment in time.” 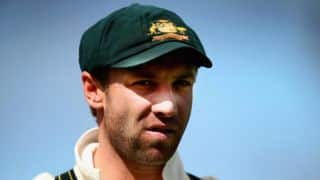 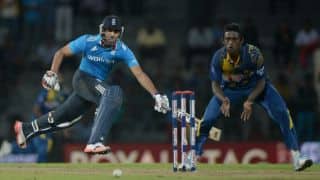