Phillip Hughes is in line to replace newly retired Ricky Ponting after being named in the Australian squad for the opening Test against Sri Lanka starting in Hobart next week. 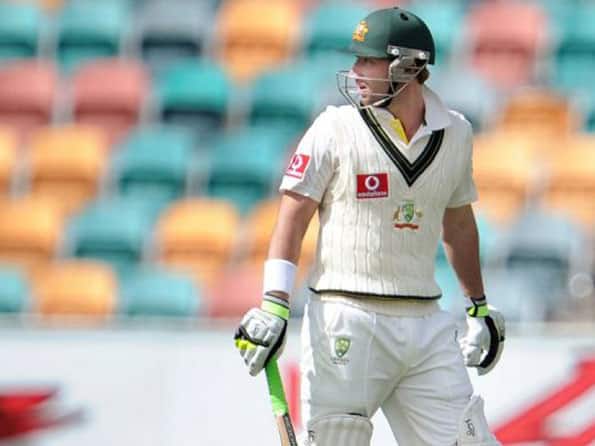 Phillip Hughes is in line to replace newly retired Ricky Ponting after being named in the Australian squad for the opening Test against Sri Lanka starting in Hobart on December 14.

Hughes, whose last Test appearance was against New Zealand in December 2011, was preferred ahead of Rob Quiney and Usman Khawaja to fill the vacancy left by former skipper Ponting.

Ponting, the second-highest Test run-scorer of all-time behind India’s Sachin Tendulkar, played his final and record-equalling 168th Test for Australia against South Africa in Perth, which finished on Monday.

Selectors also recalled pace bowlers Peter Siddle and Ben Hilfenhaus for the December 14-18 Hobart opener after they were left out of the third South Africa Test, won by the Proteas who sealed the series 1-0.

Hughes, who has played 17 Tests as an opening batsman, gets another chance to establish himself after technical issues with the rising ball led to his axing.

“Phillip Hughes has been selected to fill the vacancy created by Ricky Ponting’s retirement,” chairman of selectors John Inverarity said.

“Hughes, Usman Khawaja, Rob Quiney and Alex Doolan were the four batsmen to come under consideration to bat high in the order.

“Phillip is an improved player and his recent and overall career statistics present a compelling case,” Inverarity said.

“The selection panel holds the view that he, having just turned 24, is a very significant part of the future.”
The chairman said captain Michael Clarke would decide on his batting order during the next few days, with Hughes an option at number three in Ponting’s place.

“The dressing-room will be different without the presence of Ricky Ponting. His absence creates both the opportunity and the necessity for others to grow and fill the gap,” Inverarity said.

Pacemen John Hastings and Josh Hazlewood were not considered because of injuries.

“The squad welcomes the return of Hilfenhaus and Siddle. Neither bowler was considered to be 100 percent fit to perform and (they were) not included in the final squad of 12 for the Perth Test match against South Africa,” said Inverarity.