Phillip Hughes' funeral: Steven Finn feels it will be difficult to play on same day

Phillip Hughes' funeral: Steven Finn feels it will be difficult to play on same day

Finn and Hughes played together for Middlesex.

England paceman Steven Finn is still trying to come to terms with the passing of his friend and former teammate Phillip Hughes and admits that it still feels very surreal. Finn admitted that it would be hard to run in and bowl on the day that Hughes’ funeral takes place. A few short hours would separate late Hughes’ funeral in his hometown of Macksville and the start of England’s next ODI against Sri Lanka on Wednesday.

And after sharing a dressing room with Hughes for two months in 2009 and bowling against the late batsman thereafter the England bowler accepts it is going to be a tough day from start to finish, The Mirror reported. Finn said that he got to know Hughes relatively well, adding that it is a very, very sad tragedy that has happened and he doesn’t think there is a cricketer in the world who has not shed a tear for the late Australian batsman over the last week.

Finn said that he only played with Hughes for six weeks to two months at Middlesex and played against the batsman a fair amount for Australia, but added that he was an amazing guy. The paceman claimed that the late batsman is going to be sorely missed by lots of people because he touched so many people and he knows that Hughes did to everyone at Middlesex.

Finn said that he would imagine anyone who is playing cricket anywhere around the world who had come across Hughes in any shape or form is still trying to come to terms with the tragedy. Finn admitted that it still feels very surreal what has happened, adding that with the funeral, everyone would step aside and think about Hughes and pay their respects in their own way. 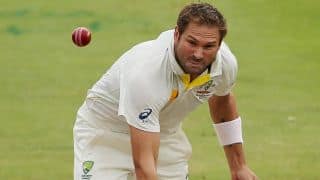 India vs Australia 2014: Not sure if players are ready says Ryan Harris 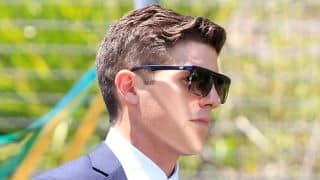