The only shame is that I don't think he ever realised how many people he touched.

Nick Compton’s association with the late Phillip Hughes goes eons back. Compton and Hughes shared the dressing room at Western Suburbs and Middlesex,  Hughes’ had an influence on his development as a cricketer and an individual and in the wake of his friends sad demise, Compton also alludes to what the man who will remain 63 not out in eternity meant to him.

Compton was in Macksville to attend Hughes’ funeral. The night before Hughes was laid to rest, Compton paid his own little tribute to his late friend. According to BBC Compton was quoted saying

“I drove up from Sydney on Tuesday with a couple of Phillip’s friends. We had dinner last night at his favourite Chinese restaurant. It was a nice thing to do on the evening before the funeral, spending some quality time with those who loved Phillip, in his home town. This is the first time I’ve been in Macksville and I can see why Phillip had such affection for it. It’s a fantastic little place, green and by the coast. Seeing it for myself was quite moving.”

Compton was overwhelmed by the large Gathering at the emotional send off for Hughes,

“The funeral itself was made overwhelming by the number of people and the outpouring of grief – it seemed like everyone was here and that all those people genuinely cared for Phillip. From the guys from Western Suburbs who played with him since the age of 17 to legends of the game like Brian Lara and Shane Warne, all were there to say farewell.” said Compton

“The tributes paid were even more special and it was truly amazing for his brother and sister to speak in the way that they did – there is no way I would have been able to handle myself in that way. They regaled us with some great stories about Phillip and, from that perspective, it was a real celebration of his life and provided a means of reconnecting with a lot of the close friends that he and I shared. The tribute that has been played around the world was delivered by Australia captain Michael Clarke, who has given everything he can during this time. He spoke from the heart, describing how Phillip’s spirit will stay with us forever. It was very special.” he also added

Compton also spoke about the individual he knew Hughes as,

“This was a country boy who loved the good life. He was a great kid, very happy, his own individual with a unique way of playing cricket. He was a cheeky, infectious guy who was fun to be around.”

Compton also gives an insight into Hughes’ mind as he talks about how Hughes himself may have reacted to the large gathering that had assembled for an emotional goodbye,

“Throughout this, a few have of us have thought, in a humorous way, how Phillip might be looking down on us and wondering “how have you carried this off? Knowing him as I do, he would have been in awe that thousands of people flocked to a small town in New South Wales to say goodbye to him. The only shame is that I don’t think he ever realised how many people he touched.” 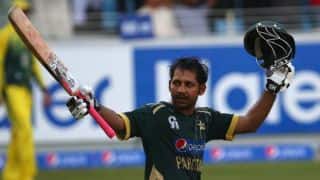