Sachin Tendulkar and AR Rahman have been close friends for the last few years.

Indian batting legend Sachin Tendulkar shared a picture of him hosting Oscar-winning music director, AR Rahman, at his Mumbai home over the weekend. Tendulkar and Rahman is seen sitting together and the caption said, “Dil Se.” It is a well known fact that the duo share a warm relationship. Earlier, in 2013, following Tendulkar’s retirement, Rahman had expressed melancholy over the Little Master’s retirement. He was quoted as saying by Hindustan Times, “I am a big admirer of Sachin and his personality. He is a source of inspiration for the country and just looking at his photographs gives a lot of positive vibes. Sometimes we exchange SMSes and emails too. It was sad to see his (Tendulkar’s) retirement speech, but I am sure he is going to do more things now with the power he has.”

Met the music maestro @arrahman over the weekend. Enjoyed hosting him for lunch at home with some chat – Dil se!! pic.twitter.com/3BU0BQuIyV

A week back, Tendulkar spent time with underprivileged kids in an event. The event was organised by Aviva India. He spent time mentoring the underprivileged kids. The kids were also served meals from McDonalds. The kids also created  a special board for the India batsman. There were five lucky winners who got a signed bat from the legendary Mumbai batsmen. Sachin said, “Keep working hard towards your passion. Nothing in life comes easy. Always follow your heart to follow your dreams.”

The Indian cricketing legend also expressed his best wishes towards retiring Sri Lankan legend, Kumar Sangakkara, who played his final innings in international cricket during the 2nd Test against India at the P Sara Oval in Colombo. Although, his final innings did not turn out to be a big one, as he was dismissed for 18 by Ravichandran Ashwin. He was followed by a huge round of applause from both the sides and the crowd as well. Prior to his dismissal, he was given aguard of honour by both the teams, each and everytime he stepped on to the field. 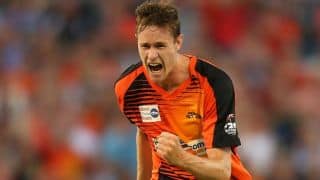 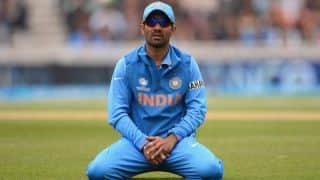