Hasina will stay only to watch the first session of the first day of the match. Bangladesh Prime Minister Sheikh Hasina will arrive in Kolkata just for one day to witness the pink-ball Test between India and Bangladesh at the Eden Gardens that begins on Friday.

India, leading the two-Test series 1-0, will face Bangladesh in the second match which will also be the first time Virat Kohli and Co will play a day-night Test.

MEA Spokesperson Raveesh Kumar said Hasina will be visiting Kolkata for a day to witness the historic match at the request of Prime Minister Narendra Modi. She will also be ringing the ceremonial Eden Gardens bell that signifies the start of play along with Chief Minister Mamata Banerjee.

“This request was made in view of the historic nature of the first ever day-night Test match to be played on Indian soil, and bearing in mind the special occasion that this represents in Indian sport,” Kumar said at a media briefing.

“So, it was most appropriate that the first day-night Test in India, being played between India and Bangladesh, be inaugurated by the Prime Minister of Bangladesh,” he said.

Hasina will stay only to watch the first session of the first day of the match. Later, will return to the hotel. Around 6pm, she is likely to hold a meeting with the Bengal CM. She will then Kolkata by the same special flight at 10pm (IST) and land at Dhaka at 11:30pm (Bangladesh time).

So far, 11 day-night Tests have been played in various cricket-playing countries after the ICC’s approval to it seven years back. 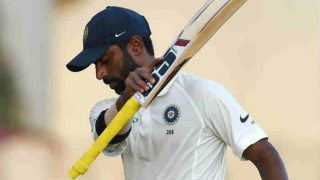 After Virat Kohli, Glenn Maxwell And Steve Smith, Abhinav Mukund Speaks About Mental Health Illness, Says I Didn't Have Guts to Come Out And Admit it 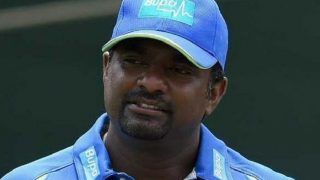