Players must "take ownership" of the issue of corruption in cricket, according to MCC World Cricket Committee chairman Mike Brearley. 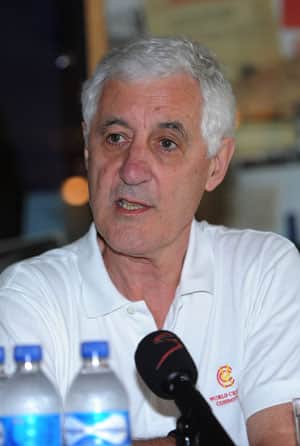 Players must “take ownership” of the issue of corruption in cricket, according to MCC World Cricket Committee chairman Mike Brearley.

Speaking after a two-day meeting of the committee, former England captain Brearley said corruption had been the most important topic covered because of the dangers it brought to the game.

“We spent a lot of the first day discussing the issue,” he said.

The committee recommended lifetime bans for any captain, vice-captain or coach found guilty of corruption. But it also called for a relaxation of minimum sentences for other players.

“The argument that came from our group, chaired by (former Australia captain) Steve Waugh, is that if people feel emotionally that a penalty is too severe, they may find a player not guilty rather than guilty,” said Brearley.

“To have a minimum sentence can go against the ideas of ordinary justice.”

The recommendations will be forwarded to the International Cricket Council Anti Corruption and Security Unit (ACSU).

ACSU head Sir Ronnie Flanagan was unable to attend the meeting but took part for about 90 minutes in a telephone link-up.

“Possibly the most important thing we did was to bring together the ACSU and representatives of the players with the possibility of it being a more shared activity and responsibility,” said Brearley.

“The more the players can take ownership of the problem, the more the chance there is of minimising or eradicating it.”

Brearley said it was difficult to know how pervasive corruption was in cricket.

“There are suspicions and rumours. It is extremely hard to know what weight to attach to them. We do know that people acted corruptly a year and a half ago on Pakistan’s tour of England. It is an achievement for those people to have been caught and disciplined.”

It was also difficult to know how successful preventative measures had been. “There have been a larger number of reportings of approaches,” he said.

MCC Head of Cricket John Stephenson said the idea for the “mystery shopper” concept had come from the English players’ association.

“After consultation with the players, who then know it might be a possibility, you might receive a phone call in terms of spot fixing or some such activity. What we are essentially saying is that it is an offence not to report an approach.”

Former South Africa batsman Barry Richards said the key aspect of the “mystery shopper” approach was that it would happen only if there was strong evidence that there was a possibility of corruption.

Brearley explained: “There’s a balance to be reached between winning the confidence of the great mass of players, who don’t want to be treated like suspects in advance, and having whatever you can have as parts of an armoury to meet this serious threat.”

Brearley indirectly suggested that the spread of Twenty20 cricket gave rise to increased possibilities of corruption.

“The shorter the game, the more flurried the activity, the more possible it is to make arrangements on a certain over, activity or time of the game, and the more difficult it is to spot.”

It was also necessary to focus attention on domestic cricket.

“One of the things Ronnie Flanagan mentioned was displacement activity by criminals. If they can’t get something to happen in a Test match or one-day international, they might go to some other match that might seem a very minor match in a domestic competition, especially if it is being shown on television.”

Brearley said there was so much money to be made from betting on cricket, particularly in the Asian sub-continent, that criminals would continually try to find new ways of getting around anti-corruption measures.

India to demand security beef up for remainder of Test series: Report

Hilfenhaus should be rested for final Test if Aus win at Perth: de Winter