Hundreds of cricket fans, including those of the England team, had gathered at the hotel for a glimpse of the cricketers.

Cuttack: India and England cricketers on Wednesday held practice sessions ahead of their second One-Day International (ODI) match at Barabati Stadium here on Thursday. Earlier, the players arrived in Bhubaneswar on Wednesday amid tight security. They arrived here on a special flight and were given a rousing welcome at the Mayfair hotel where they will stay. Hundreds of cricket fans, including those of the England team, had gathered at the hotel for a glimpse of the cricketers.”I have come from a distant Koraput district for a glimpse of Virat Kohli. I have bought a ticket to watch the match and cheer the Indian team at Barabati stadium,” said Sudarshan Behera.

The commissionerate police have made elaborate security arrangements for the safety of the players. While about 25 platoons of police have been deployed in Bhubaneswar, a total of 63 platoons of security personnel will be deployed at the Barabati stadium during the ODI match. Besides, CCTV cameras have been installed inside the stadium. The police on Tuesday also held a mock drill from the Biju Patnaik International Airport to Hotel Mayfair for the security of the players, who arrived in Bhubaneswar on Wednesday.

Fans in Cuttack have come out in numbers to support their stars #INDvENG #TeamIndia pic.twitter.com/71ByNWpj6R

That time when you go to the supermarket & @josbuttler is on the checkout!

Good crowd in for training this evening! #Cuttack pic.twitter.com/8EECGPXZC0

Besides, the anti-terrorist squad and strike force will be present at the stadium to tackle any untoward incident, said Police Commissioner YB Khurania. He said CCTV cameras have been installed inside the stadium to monitor the spectators. India last played an international match at Barabati in 2015 in a T20I against South Africa, which witnessed bad behaviour by the spectators when there were bottles being thrown near the boundary during the South African innings. 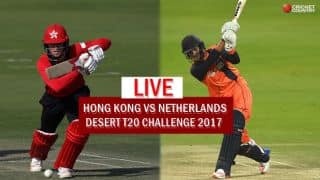