During the course of his innings in the third ODI, MS Dhoni became the fourth highest run-scorer for India in ODIs.

When India announced their ODI squad for Sri Lanka series, a lot of emphasis was placed on fitness. It started off with MSK Prasad saying, Fitness would be a new parameter for World Cup 2019. Prasad received backing from new head coach Ravi Shastri as well as skipper Virat Kohli in terms of fitness. MS Dhoni faced criticism especially after a forgettable performance against West Indies. Even Prasad indicated that Dhoni was not an automatic choice anymore. The cricket aficionados almost gave up on Dhoni and felt it was time for a younger player to handle the gloves at a larger podium. However, the current captain has always backed his former captain whenever the critics have hit back on Dhoni. His quality knocks have reassured the faith on the finisher.

During the course of his innings in the third ODI, Dhoni became the fourth highest run-scorer for India in ODIs. Dhoni has tally of 9,608 runs from 299 games. Only Sachin Tendulkar, Sourav Ganguly and Rahul Dravid are ahead in this elite list. Apart from being the front runner, his average and strike-rate is the highest amongst the top 5 ODI batsman for India. He averages 51.55 and maintains a strike-rate of 87.99. In the second game of the 5-match ODI series, when India were in dumps, Dhoni and Bhuvneshwar Kumar s composed knock eased the hosts to the finishing line with 5 overs to spare.

After he announced his arrival in ODIs in late 2004, Dhoni found his way at the top of ICC rankings for the pace and anchoring the innings on most occasions. Dhoni, however, has found difficulty in dealing with singles and clearing the boundaries occasionally that have put him under spot of bother recently.

Rishabh Pant is of course an exceptional batter in limited-overs cricket and has hogged the limelight in domestic as well as T20 tournaments. But as Sehwag pointed out few days back, Pant cannot come into picture as he is yet to gain experience and should be considered only post 2019.

Dinesh Karthik has also been a name that has been looming to make a cut into the squad after his exceptional performance in the limited opportunities he got. However, he is still struggling to find a spot in the playing XI despite all the efforts through T20 tournaments and domestic cricket.

It might be too early to predict Dhoni s position in the squad until 2019, at the moment his timely knocks has kept the critics silent. Shastri summed Dhoni s role in the squad rightly after his second ODI exploits, Experience can’t be bought or sold in a market place.

When it comes to snatching victory from the jaws of defeat, Dhoni seems to be irreplaceable. 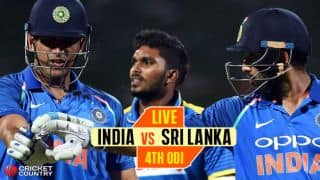 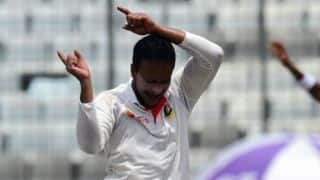