BCCI have even extended their application for head coach role to July 9.

Last year, around the same time, the Indian cricket fraternity were scratching their heads. There were debates, discussions on who should be India’s head coach. Several applications, short listings and interviews later, the Cricket Advisory Committee (CAC) comprising legends Sourav Ganguly, Sachin Tendulkar and VVS Laxman zeroed in on Anil Kumble. Ravi Shastri was a strong contender as well.

A year full of success ends in a coach-skipper controversy. Virat Kohli and Anil Kumble were not on speaking terms. Speculations unfolded, mediations failed and thanks to Kohli’s ‘reservations’ with Kumble’s coaching style, the latter resigned. Back to the level zero, the BCCI has begun a fresh hunt for the head coach. BCCI have even extended their application deadline to July 9.

Cricket legend Virender Sehwag, former India A coach Lalchand Rajput, former pacer Dodda Ganesh, Richard Pybus of England and Tom Moody, who has coached Sri Lanka and is the coach of Sunrisers Hyderabad (SRH), had earlier applied for the post. Shastri, who had earlier had a successful stint as Team India’s Director, is considered to be a dark horse for this role.

The role of head coach of Team India is one of the most lucrative roles in cricket. With the Kohli-Kumble conflict out in public, it makes the role more challenging. Who do you think is best suited for the role?

There were reports that Kohli and co. had termed Kumble’s methods as ‘overbearing’. The new coach will also have to keep the stardom of Indian cricketers in mind and along with the line beyond which things get overbearing. 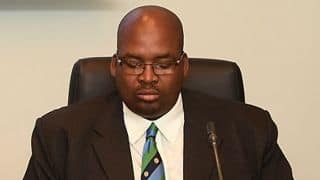