His career at the crossroads after a prolonged slump in form, embattled Ricky Ponting has revealed that he had sought help from his first Sheffield Shield coach Greg Shipperd in an effort to regain his mojo back. 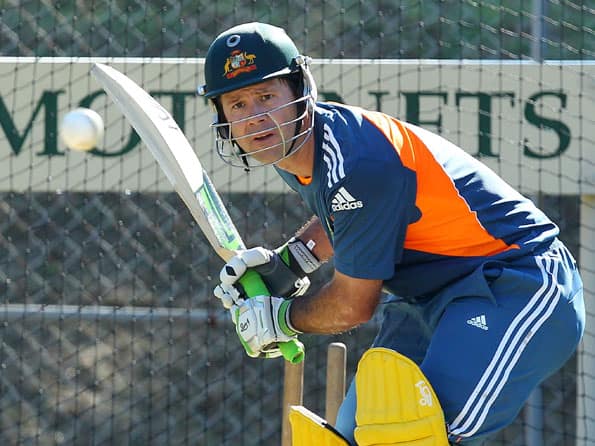 His career at the crossroads after a prolonged slump in form, embattled Ricky Ponting has revealed that he had sought help from his first Sheffield Shield coach Greg Shipperd in an effort to regain his mojo back.

Ponting was Tasmania’s youngest Shield player when he made his debut 19 years ago, just after his 17th birthday, under Shipperd who had also coached IPL side Delhi Daredevils.

Ponting said this week’s much talked about batting camp in Melbourne had been good for the entire team and he had asked Shipperd for advice.

“I got Greg Shipperd, my first state coach, to come down and feed me some balls on the machine, so that he could have a bit of a look at what I was doing. He knows my game very well, and I knew the areas I needed to work on and the things I needed to fix,” Ponting said.

Ponting, who celebrated his 37th birthday on December 19, said it was not a case of making changes, but more about getting back to where he once was.

“I have got myself into some bad habits, really. And I had to get myself out of them. It wasn’t major stuff, but really balance stuff and stuff that I guess batsmen work on day-in and day-out. And that was the major point for me.”

Ponting said the intense speculation about his future in the Australian team was not something he had often encountered.

“It’s probably something I haven’t been accustomed to for a long time and I haven’t had to worry about it because my performances sort of kept me away from that speculation and stuff,” he was quoted as saying by Herald Sun.

“At the end of the day I know what I have to do to make it go away and that’s score runs and score runs consistently.” (PTI)