PPL will help in reviving cricket in Pakistan: ICC

PPL will help in reviving cricket in Pakistan: ICC

While expressing its sympathies with the Pakistan Cricket Board over the postponement of the Bangladesh's tour to Pakistan, the ICC has made it clear that it cannot interfere in any bilateral arrangement between two member nations. 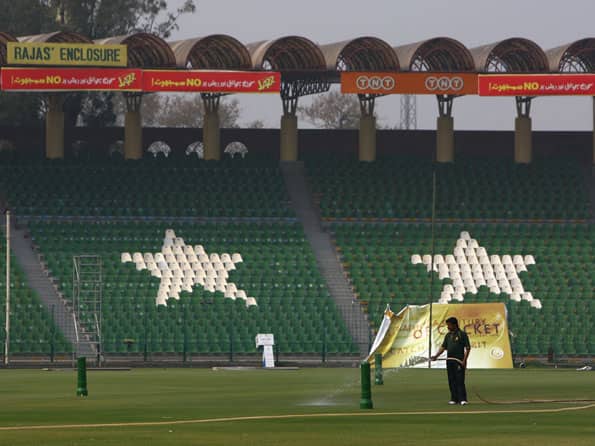 While expressing its sympathies with the Pakistan Cricket Board over the postponement of the Bangladesh’s tour to Pakistan, the ICC has made it clear that it cannot interfere in any bilateral arrangement between two member nations.

The PCB chairman and chief operating officer discussed the issue with ICC chief executive Haroon Lorgat and other officials during a meeting earlier this week in Dubai.

“The PCB officials apprised Lorgat and ICC officials of the situation and pointed out that it was perhaps for the first time in cricket history that a team had postponed a tour to another country because of a court order,” a well informed board official said.

“Lorgat was briefed that the PCB’s legal team had gone through the order of the Dhaka High Court restraining the Bangladesh team from touring Pakistan due to security concerns and noted that the petition on the basis of which the court gave the injunction didn’t have enough merit,” he said.

He said Lorgat and other ICC officials had expressed sympathy with PCB’s position but made it clear they cannot interfere as it was a bilateral matter.

“But the ICC’s outgoing CEO agreed that it was imperative that Pakistan needed to resume intentional cricket at home.”

The official said PCB had also apprised the ICC about their plans for the Pakistan Premier League T20 competition.

“The ICC officials agreed that the PPL, if held successfully with the participation of some foreign players, could go a long way in reviving international cricket in Pakistan,” the official said.

A source within the board said that the PCB was looking towards the ICC to provide some assistance in convincing some foreign players to take part in the proposed league. (PTI)

IPL 2012: David Hussey terms match against Rajasthan as the worst