Prabir Mukherjee has been associated with the game of cricket since 1952.

Former chief Curator of Cricket Association of Bengal (CAB) Prabir Mukherjee passed away, aged 86 earlier on Tuesday night.  He was a well respected curator around the world and many have expressed their grief over his passing. He apparently had a  severe liver condition to go with his age-related problems . He was in charge of the pitches and the ground of the iconic Eden Gardens for close to 25 years. Prior to his job with the CAB, Mukherjee was an accounts officer in the South Eastern Railways. His last wish was not to take his body to the premises of CAB. This was usually a tradition within the CAB to honour the departed soul so that people can pay their last respects. READ: Controversial curator Prabir Mukherjee passes away

According to Wisden, a family member informed that the veteran curator was not happy with the way he was treated by CAB. In October, the washed out T20 match between India and South Africa saw CAB bosses laying the blame on Mukherjee.  Mukherjee was also criticised after he did not pay head to former India Test skipper MS Dhoni, who had asked him to prepare a spinning track against England in a Test in 2012. He went against Dhoni and as a result India lost the match by 7 wickets, much to their dismay.

He has been associated with the game of cricket from 1952. He was also a goal keeper during his younger days, but all of that came to an end when he met with an accident.

The no-nonsense pitch curator at Eden Gardens, Kolkata – Prabir Mukherjee is no more! #RIP
via @SwarnenduDas1

RIP Prabir Mukherjee.. A man who dedicated his heart and soul to the great Eden Gardens. pic.twitter.com/P4XNAOONu7

Prabir Mukherjee, former Eden Gardens curator passes away at the age of 86. Thanks to him, we had excellent matches there. #RIP

Former chief curator of the Eden Gardens Mr. Prabir Mukherjee passed away at the age of 86 on Tuesday night pic.twitter.com/kZ0W2M6Fjw

Sad to hear the news about Prabir Mukherjee.He was proud of his Eden Gardens wickets and you respect people like that. He had a good innings

Saddened to hear the passing away of Mr. Prabir Mukherjee, long time curator and ex-secretary at @CabCricket. May his soul Rest in Peace.

Mukherjee was also in charge during the 1987 World Cup and also the semi-final match between India and Sri Lanka, which the hosts lost from a winning position. 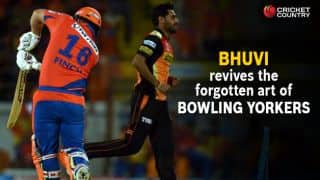