A haul of six wickets in his debut Test but Indian medium pacer Praveen Kumar remained a man of few words -- neither launching a tirade against critics nor blowing his own trumpet. 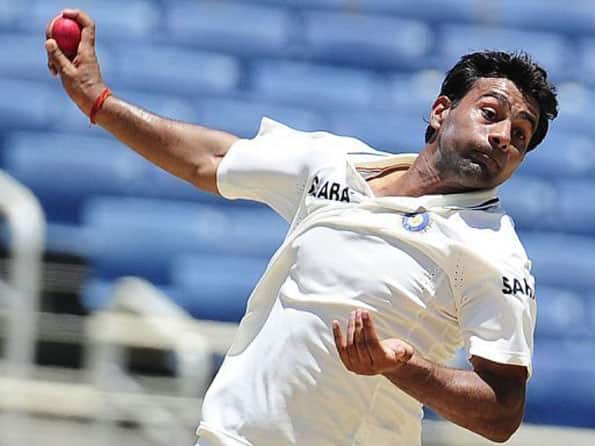 A haul of six wickets in his debut Test but Indian medium pacer Praveen Kumar remained a man of few words — neither launching a tirade against critics nor blowing his own trumpet.

He took six top order batsmen for 80 runs in the opening Test against the West Indies. The figures, however, don’t quite tell how key were the moments when he got them and typically no help from Praveen was forthcoming.

His press conference was a moment when he could have let out a tirade against umpire Daryl Harper, who gave half a dozen dubious decisions, but all he did, after the proverbial minute and a half, was to raise his hands and ask journalists if he could leave now.

There were no poignant insights for the pen-hackers as to how he always was viewed as a one-day wonder, a new-ball specialist who couldn’t bowl his 11th over even though his first class statistics had 13 fivers to show from 39 games, including figures of 32-8-68-8 in 2008 Ranji Trophy Elite Group final.

There were no theatrics, how it hurt him not to be on the plane to South Africa last winter; how the missed World Cup gave him sleepless nights; how cruelly Harper hacked him in full flight when he had 3 from 14 deliveries in the first innings.

There were no words of gratitude for the fate too which provided the overstay in the Caribbean after the one-dayers in light of the late pull-out by Zaheer Khan and S Sreesanth or for that matter, the last-minute benching of Munaf Patel who, but for his elbow injury, would have been considered ahead of Praveen.

Indeed, the only thing which distinguishes Praveen from others, apart from his swing bowling, are his quirky quips and manners — he once said it was easier to hit sixes than fours — and almost no regard to his personal appearance.

A young man of 24 from a small town could be forgiven if he went for the flashiest of dresses, best of colognes and trendiest of hairstyles but all Praveen wears on his self is a frown on his forehead.

There is also no connection in his sharing his birthday with the apostle of peace and non-violence, Mahatma Gandhi, for once it was reported he beat up a doctor who splashed up the slush on Praveen’s clothes with his car on the bylanes of Meerut.

Blessed with a natural talent to swing the ball though the late addition of an outswinger and an attempt to step up his pace convey an active mind at work on his craft.

Praveen bustles in his run-up and has a wristy action which wisened cricket writer Tony Cozier describes as no different to great Australian swing bowler of the 80s, Terry Alderman.

Batsmen find him awkward for he has the rare ability to bowl his inswingers from close to the stumps. The belated addition of late outswing and change of pace or degree of swing, clutters the mind completely.

If a batsman decides to counter the guile by coming down and try and meet the ball before it is pitched, wicketkeeper Mahendra Singh Dhoni’s position on top of the stumps quickly makes him revisit the idea.

As Praveen packs his bag to leave with his mates on a chartered flight to Barbados, the venue of the second Test beginning next Tuesday, the farthest thing on his mind is the salivating prospect of a bouncy Kensington Oval pitch or that a berth for England tour next month is a real possibility.

Rahul Dravid - an ornament to the game of Test cricket