The coach feels that Rahane has once again proved to the world that form is temporary and it is all about having the class to stand the test of time at the international level.

West Indies folding up for 100 in the second innings in Antigua on Sunday was as much about India‘s brilliant bowling as it was about failing to grind it out on a surface that wasn’t most conducive to batting. And that is what made Ajinkya Rahane‘s century even more special in the third innings of the game. And personal coach Pravin Amre hopes that this will finally silence the critics.

Speaking to IANS, Amre said that Rahane keeping calm and not going for an exaggerated celebration after reaching his century showed a mature side as also the confidence that the Test deputy has in his own game.

“He has handled himself really well. While everyone speaks about his knock in the Johannesburg Test match that won India the game, not many realise that the vice-captain had been dropped at the start of the series. He isn’t frustrated and that shows the confidence he has in his game. That also showed when he got to his hundred. He spoke to himself and there was no exaggerated celebration. Any other batsman would have jumped in the air and done quite a few things.

“For me, his first innings score of 81 was more important because India were in a spot of bother at 25/3 and when two big batsmen like Virat Kohli and Cheteshwar Pujara are back in the hut, there can be immense pressure. You needed someone to bat and hold fort and that is just what he did. I don’t think nobody can handle the situation better than him on days when Kohli and Pujara are out cheaply. He has the technique and the temperament to adapt to situations,” Amre pointed.

While it is no secret that bowlers like Ishant Sharma have improved by leaps and bounds by playing County cricket, Amre feels his ward has also benefitted by playing in tough conditions against the Dukes ball.

“I must say the last two years weren’t very easy for him and the way he got the Man of the Match on Sunday was very important. But if you see the last six months, his hardwork was there for all to see. He went to England, played County cricket and did his best against the Dukes ball which isn’t easy and then he went to Bengaluru (National Cricket Academy) for a week and trained there as well. I think it is a reward for the hardwork that he put in,” he smiled.

The coach feels that Rahane has once again proved to the world that form is temporary and it is all about having the class to stand the test of time at the international level.

“We all know that class is permanent and form is temporary and he has shown that once again. This was a very crucial knock and God has been kind. But when I as his coach analyse it, I feel that he played some quality knocks last year as well, be it in South Africa or England and he has as much contribution in India becoming the No.1 Test team. As a player he has been contributing on and off, even if he didn’t score a hundred.

“Milestone isn’t always important and contributing to the team’s success as this is a team game. Not for once did he doubt his ability and that was the reason why he managed to stand tall and score 183 runs in the Test match. He was dropped even during the Indian Premier League and he came back and made a statement with the bat,” he said.

In fact, Amre believes that Rahane should have been there in the team during the 2019 World Cup as well.

“Even during the World Cup, if he was there at No.4, things would have been different because I honestly believe that he has a role in the team when they are playing in conditions like those in England,” he signed off. 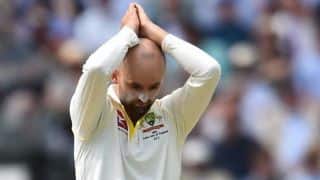 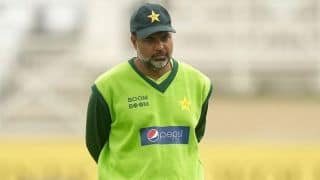