Amre will be taking over after leaving the same job in 2010.

Former Test batsman Pravin Amre was on Monday reappointed as coach of the Mumbai Ranji Trophy team for the forthcoming season.

“Pravin Amre has been appointed as a coach for senior team for a one-year period,” said MCA Joint Secretary and senior selection panel convener Nitin Dalal after the MCA managing Committed meeting in Mumbai.

“He was the only candidate for the post,” Dalal added.

Amre was the coach of the Mumbai team between 2006-2010. He has replaced Sulakshan Kulkarni who was the coach in the previous season.

Mumbai had a poor outing during the season as the 40-time champions got ousted from Ranji Trophy at the quarter-final stage. They also fared poorly in one-day tournament that followed.

When contacted, Amre said he would react only after official confirmation. 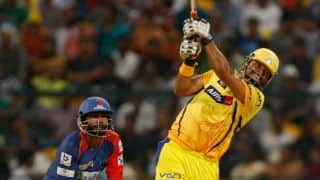