It would have been difficult for Bangladesh to maintain their focus before the start of the first World Cup game against India. 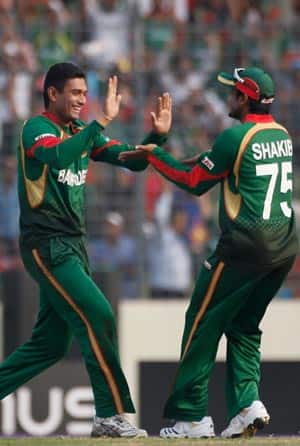 Bangladesh would be looking to redeem themselves after the opening game mauling at the hands of India when they take on Ireland in the second game at Dhaka on Friday.

It would have been difficult for Bangladesh to maintain their focus before the start of the first World Cup game against India. Talks of revenge, a first-of-its-kind tournament at home and a highest probability ever of making it to the quarter-finals of the World Cup could have given the Bangladeshis cold feet in that India game.

Interestingly, one would have expected Ireland to struggle to adapt to the sub-continent conditions and yet, if one were to look at the two warm-up games, they were a revelation. First, they went for more than 300 against New Zealand but almost chased it down. Then, against a side as replete with spinners as most sub-continent teams, Zimbabwe, the Irish were able to put it across them in another chase.

What makes them a far more dangerous team is that on both occasions, there was a different set of batsmen who got the runs for them. The New Zealand-game saw Ed Joyce and William Porterfield do most of the scoring while Kevin O’Brien and Andre Botha slammed 50s against Zimbabwe.

Where Bangladesh could be different is that the tracks at Mirpur come on to the bat rather well for the pace bowlers while the spinners can cause much damage in the middle of the innings. The one time that Ireland did tour Bangladesh was in 2008 and they found the going tough, losing 3-0. Their best bet would be to go after the pace bowlers and try to not lose their wickets against the likes of Shakib al Hasan and Abdur Razzaq. And that, by itself, could only mean that Bangladesh will get on their spinners much earlier than expected.

Razzaq will be a dangerous weapon in the Bangladeshi arsenal. His bowling average in ODIs is an excellent sub-28 but it improves drastically against the minnow nations (including Zimbabwe) to a ridiculously amazing 16.75. Interestingly, he has not had too much success against Ireland, and this will be an anomaly that he will want to correct here.

Bangladesh captain Shakib was categorical in blaming his pace bowlers for the India-loss. And gauging the manner in which Shakib has usually stamped his authority on the side, it will not be a surprise if one sees Bangladesh emulate the tried and tested strategy of opening with a spin bowler. Razzaq has been successful with the new ball and could be thrown the cherry once again at the start of the innings.

Ireland have a couple of spin bowlers of their own. George Dockrell could be expected to do a job like how Pieter Seelar did for Netherlands in that game against England while at least one of the other two off-spinners, Albert van der Merwe and Andrew White could make it to the playing eleven as well.

The one player who hasn’t quite going for Ireland in recent times is their wicket-keeper- batsman Niall O’Brien. Ever since his return to international cricket following his finger surgery, he has played in only one first-class game and three ODIs and has failed in each of the innings with the bat. He was no better in the warm-ups and for the Irish side to do well, they will need the experience of this architect of the win over Pakistan in 2007, to come all guns blazing. 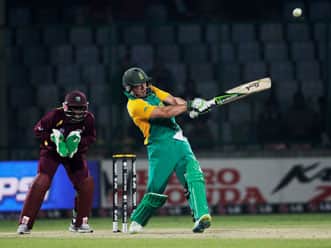 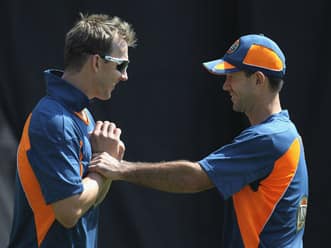