High-flying Somerset will look to stretch their winning-streak in the Champions League Twenty20 tournament when they cross swords with unpredictable South Australia Redbacks in their group B contest at the Chinnaswamy stadium on Saturday. 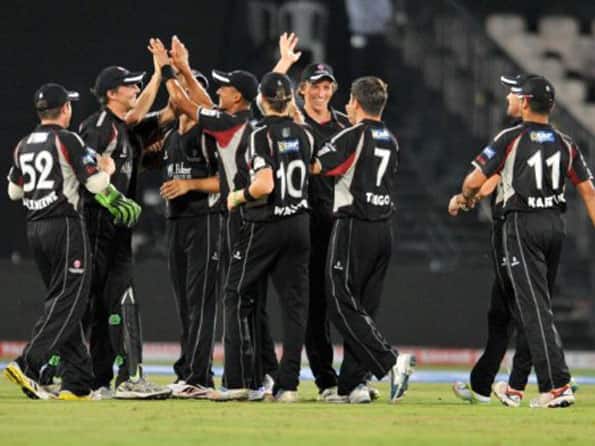 High-flying Somerset will look to stretch their winning-streak in the Champions League Twenty20 tournament when they cross swords with unpredictable South Australia Redbacks in their group B contest at the Chinnaswamy stadium on Saturday.

Somerset will start as favourites, though South Australia Redbacks would be beaming with confidence inspired from their Big Bash league triumph recently and thrashing Kolkata Knight Riders in the last match.

Although the Australian outfit did not have a great start to their campaign as they lost to Warriors in their opening match, they came back strongly against the Knight Riders to register a convincing victory.

Unlike their opponents, Somerset has maintained their winnings streak, recording victories in two of their qualifying round matches with ease.

The English champions had defeated Auckland Aces and Kolkata Knight Rider in the qualifiers. Proving that their victory over Gautam Gambhir’s side was not a flash in the pan, Somerset once again defeated the Knight Riders to launch their campaign in the main draw on a positive note.

Led by Alfonso Thomas, Somerset has improved with each outing, the players backing each other in dire situations.

All-rounder van der Merwe will be the man to watch as the left-arm spinner has the knack to pick up wickets when it really matters.

Fellow spinners Arul Suppiah, Murali Kartik and medium pacer Peter Trego have also proved their abilities in the past. A talented fast bowler himself, Thomas will expect another brilliant performance from his boys.

The Michael Klinger-led Radbacks may not have big names in their ranks but they have players who can produce the goods, as they did during their 19-run victory over Kolkata Knight Riders.

The onus will be on Cullum Ferguson, who has been in good nick. He had made a punishing 70 not out against Knight Riders.

Michael Klinger, Daniel Harris, Cameron Borgas, Daniel Christian and Tom Cooper are other batsmen who can make merry on their day.