It will be a case of familiarity having bred respect when England face New Zealand in the first of a two-Test series at Lord's. 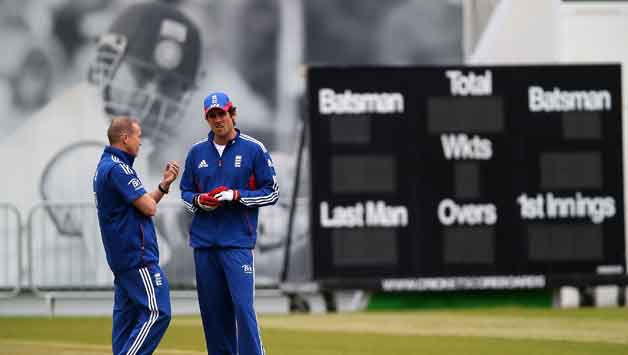 It will be a case of familiarity having bred respect when England face New Zealand in the first of a two-Test series at Lord’s.

England could have been forgiven for thinking they had completed the hard part of their most recent tour programme when they wrapped up an impressive Test series win in India before Christmas.

They then travelled to New Zealand for a three-match series against a home side still reeling from the botched way in which senior batsman Ross Taylor was stripped of the captaincy and replaced by Brendon McCullum.

But the green pitches and easy haul of wickets against a New Zealand side who as recently as January had been bowled out for just 45 by South Africa in Cape Town did not materialise.

Instead, a three-match series ended 0-0 with England clinging on, by just one wicket, to a draw in the finale at Auckland’s Eden Park in March where only a superb rearguard century by wicket-keeper Matt Prior denied the Black Caps a famous win.

But at least they had regained a measure of pride after their problems with the Proteas’ formidable pace attack.

However, the raised seam of the English Duke ball provides an additional challenge for batsmen used to flatter balls elsewhere in the world.

Left-armers Trent Boult and Neil Wagner proved a handful for England’s batsmen in New Zealand and now Alastair Cook, the England captain, will look to his side to respond in kind.

England seam-bowling all-rounder Stuart Broad is well aware of his skipper’s requirements, saying: “Regardless of what New Zealand did as a bowling unit, we didn’t swing the ball.

“So it needs to be looked at, and we have looked at it. We know we can bowl a lot better than in New Zealand. Regardless of whether you are moving the ball, you can still put six balls in the over into the right area – and we probably didn’t do that as a unit in New Zealand,” said the Nottinghamshire all-rounder.

“Individuals might have done it here and there, but we were not disciplined enough to do it consistently. It is about the discipline of the bowling unit being together and building pressure. That’s where we let ourselves down a bit in New Zealand.”

Hamish Rutherford was a thorn in England’s side with an impressive debut hundred in March, his performance suggesting he could ease the heavy batting load carried by Taylor and McCullum.

“He’s an interesting player…the first time we bowled at him, he whacked 170 in the first Test in Dunedin,” Broad said.

“It takes a bit of time to get used to different players like that – he makes ‘fourth-stump’ into width.

“He seems a pretty talented player – and as you look through that whole New Zealand line-up, they get quite aggressive the more you go down as well.”

New Zealand have lost five of their last six Test series in England, with their most recent triumph a well-deserved 2-1 success in 1999.

It’s often been the fate of New Zealand touring sides to be regarded as a ‘warm-up act’ for a main event of greater importance and inevitably they’ve taken second billing to the Ashes series in England starting in July.

But against an England side missing injured star batsman Kevin Pietersen through injury, the tourists will fancy their chances.

“I can guarantee from our perspective these two Tests are massive for us,” said Mike Hesson, the New Zealand coach, when his squad arrived in England.