Last season, the captains of both, Rajasthan Royals and Delhi Daredevils, Shane Warne and Gautam Gambhir had got involved in an off-field verbal joust. Gambhir had called the Royals side an ordinary one, Warne had probably replied in kind and in the end, both sides had crashed out of the tournament without getting to the last four. Shane Warne will renew his rivalry with Gautam Gambhir

Last season, the captains of both, Rajasthan Royals and Delhi Daredevils, Shane Warne and Gautam Gambhir had got involved in an off-field verbal joust. Gambhir had called the Royals side an ordinary one, Warne had probably replied in kind and in the end, both sides had crashed out of the tournament without getting to the last four.

So when this season, the Warne-led Royals take on the Gambhir-led Kolkata Knight Riders, one can expect a bit of the old sparks to fly. This will be the part one of the double header between these two teams; this one will be played at Jaipur on Friday followed by another game at the Eden Gardens on Sunday.

After two abysmal IPL campaigns, the Rajasthan Royals seem to have hit the nail on the head. They have looked largely untroubled in their two wins in the tournament so far, but what has been a glaring fact is that there has been only one fifty and one three-wicket haul in the two games so far.

Not too many prizes for guessing the reason though. It is Warne’s team where the experienced players are expected to play a bigger role than just batting away the opposition; guiding the younger lights into delivering performances like how Siddharth Trivedi did in the first game and Ashok Menaria in the second is an avocation as well.

Why this could change – the lack of big scores – is with the inclusion of Shane Watson in the playing eleven. Watson had missed the first two games of the tournament due to his international commitments and he did enough on that Bangladesh tour to merit an immediate selection – a century and a half at a strike rate of more than 180 is way above the par.

If Watson does get in, there is a problem. Warne will then need to decide on which foreigner he replaces given that the captain has Johan Botha, Shaun Tait and Ross Taylor in the side already. Given Botha’s form and Taylor’s importance to give that final momentum, Tait seems most likely to go out, also given that Watson will add to the thick bowling options that Rajasthan has.

Kolkata will be happier as well. Two of their main recruits will now return to the side to be a part, Brett Lee and Shakib Al Hasan, and they join at a time when the side needs reinforcements in the bowling. There was a bit of inexperience in the Kolkata bowling before this but the inclusion of Lee could add an edge. Shakib’s inclusion could depend on the track and whether the Kolkata think-tank has more trust on his all-round skills than Ryan ten Doeschate’s.

The Kolkata openers, Manvinder Bisla and Jacques Kallis have had a couple of half-century stands that should put them in a good stead for this vital encounter apart from keeping Brad Haddin away from the playing eleven. 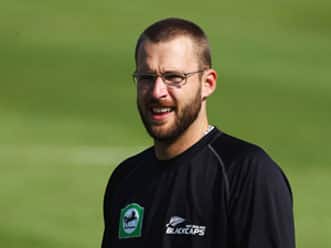