The in-form Mumbai Indians will be hoping to continue their winning run in the Champions League Twenty20 tournament and book a semifinal berth when they take on Cape Cobras here on Friday. 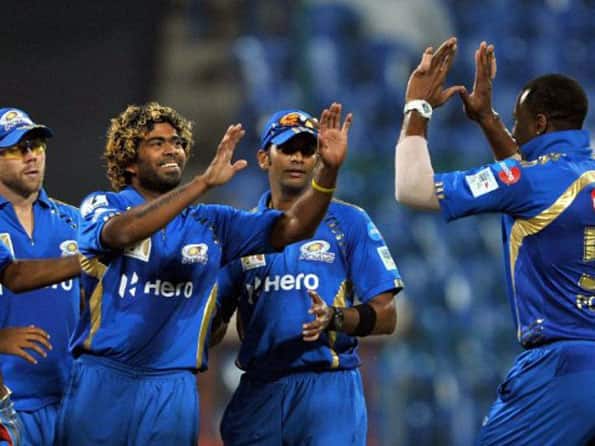 Having topped their group, Mumbai Indians would like to win the match against Cape Cobras which will ensure a semifinal berth AFP

The in-form Mumbai Indians will be hoping to continue their winning run in the Champions League Twenty20 tournament and book a semifinal berth when they take on Cape Cobras here on Friday.

Having won both their previous matches in the league stage, the Harbhajan Singh-led Mumbai outfit is at the moment sitting comfortably on the top of the table with four points and a win here tomorrow would ensure their uninterrupted passage to the next level.

Cape Cobras, meanwhile, with a win and a loss from two matches, would certainly need a victory to keep their hopes alive of making it to the semi-final stage.

The South African side opened their Group A campaign in style with a comfortable seven-wicket victory over the New South Wales.

But their shocking loss at the hands of the Chennai Super Kings last night when Dwayne Bravo lifted the defending champions from a hopeless situation to a stunning four-wicket win, must have left them with a low morale.

The Justin Kemp-led side will be looking at pacer Dale Steyn to make early inroads with Robin Peterson and Vernon Philander giving him good support, while expect Charles Langevedlt to chip in as the specialist death bowler.

Though Bravo’s hammering of Steyn for 17 runs in the penultimate over yesterday to turn the tables on Cobras when the Super Kings required 23 runs of last 12 balls, would play big in the minds of the South African side but still they would be banking heavily on their star pacer.

As far as the batting is concerned, Cobras will pin their hopes on the likes of Herschelle Gibbs, Richard Levi, Owais Shah and JP Duminy to come good.

Mumbai India, who got the better of Trinidad and Tobago by one wicket in a nail-biting finish in a low scoring match, would be looking to make amends in their batting.

After the match, Harbhajan conceded that his team played too many unnecessary shots and unless they improved their batting, they will be knocked out of the tournament soon.

“We needed to tick the ball around, but we looked to play too many shots. We just weren’t there with the bat. If we keep batting like this, we won’t be here for long. If we want to be there for the semis, we can’t keep playing this kind of cricket,” he had said.

Mumbai will be hoping to put up a better show tomorrow and would largely depend on their openers — Davy Jacobs and Aiden Blizzard — for a solid start so that big hitters like Kieron Pollard and Andrew Symonds can continue the carnage.

Pollard will be waiting to prove his big-hitting prowess in his bid to make up for his dismal showing in this summer’s Indian Premier League and CLT20 so far.

Among the bowlers, it will be Sri Lankan pacer Lasith Malinga, who will be leading the charge and Mumbai would once again be looking at him to bail them out.

Malinga’s heroics had saved Mumbai the blushes during their opening match against Chennai. Even in their previous match against Trinidad and Tobago, it was Malinga who smashed a six in the second delivery of the last over to help Mumbai overhaul the target.

Skipper Harbhajan, who finished with the figures of 3 for 22 from four overs in the last game, will also hope to chip in with yet another sterling performance with the ball on Friday. (PTI)