Mumbai Indians and Deccan Chargers will go into this 59th game of the Indian Premier League with a loss in their previous matches, but while Mumbai have won eight to go with that, the Chargers are currently struggling with only three. 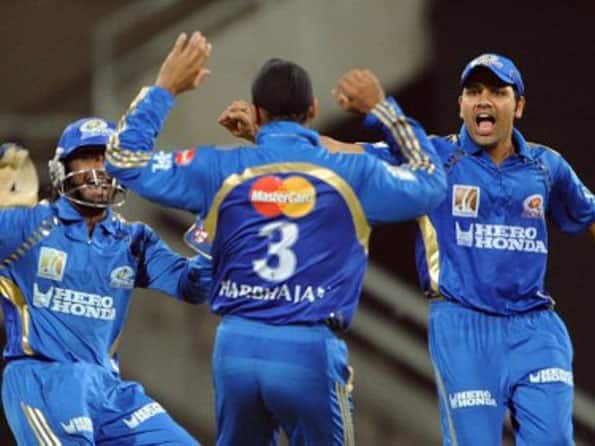 It a battle between a side gunning for the top spot and another wanting to extricate themselves from the bottom. Mumbai Indians and Deccan Chargers will go into this 59th game of the Indian Premier League with a loss in their previous matches, but while Mumbai have won eight to go with that, the Chargers are currently struggling with only three.

Mumbai Indians loss to the Kings XI Punjab would have given the Chargers some hope. However, looking back at the tournament, the three games that the Mumbai Indians have lost so far have all been spread across the 11 games that they have played against Kochi at the start, Rajasthan in the middle and Punjab in the previous game.

This, points to the fact that the Mumbai Indians have a tenacity to bounce back from a poor performance in the tournament.

Where the Mumbai Indians floundered even before they were shot out for the appalling 87 was the issue with the fifth bowler s quota. With Dhawal Kulkarni as their fourth bowler and Andrew Symonds and Kieron Pollard to share the last set of four overs, the Mumbai Indians could run into issues against a stronger opponent than the Chargers.

Kumar Sangakkara may not remain with the IPL for too long but the poor form of Cameron White has kept him out of the side. JP Duminy s batting has been thankfully a saving grace in the previous couple of games, which allows the side to continue with the same line-up.

The Chargers have been batting rather poorly in the tournament and they did so again in the Pune game. Showing unwillingness to learn from the previous encounter, it was a surprise that Sunny Sohal continued to be pushed down the order despite having grown used to the opening slot and doing well at the job. Bharat Chipli also seems wasted down the order.

With Pragyan Ojha having not selected for the Indian side to go to West Indies, this game, along with the rest, could be a chance for him to prove the selectors wrong.

There is an obvious sub-plot to the match; the position of the top four teams in the points table. Mumbai and Chennai have 16 apiece but Super Kings have played one more game. Kolkata have 14 and Bangalore have 15 and the two will meet each other in the first game of the day, with all four sides, Mumbai, Chennai, Bangalore and Kolkata vying for the top two spots in the points table. A win, in this game, will then be crucial for Mumbai.