South Africa will remain favourites but Sri Lanka can expect less treacherous batting conditions in the second Test starting at Kingsmead on Monday. 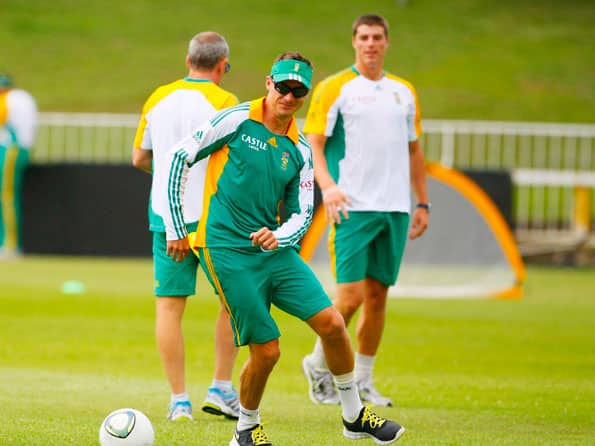 South Africa will remain favourites but Sri Lanka can expect less treacherous batting conditions in the second Test starting at Kingsmead on Monday.

Sri Lanka were swept aside by an innings and 81 runs before tea on the third day in the first Test at Centurion, where their batsmen were unable to combat the home side’s fast bowlers on a pitch with uneven bounce and extravagant sideways movement.

Shaun Pollock, a former South African captain and a resident of this Indian Ocean city, was among critics who felt the pitch at Centurion was loaded unfairly in favour of the bowlers and it seems likely that the surface at Kingsmead will offer a more even contest.

Pollock said he could understand South Africa’s eagerness to win a home series, but with tours to New Zealand, England and Australia coming up in 2012, he added: “I’m more concerned with us honing the skills we will surely need over the next year.”

Pollock said pitches like that at Centurion did not benefit the South African team in the long term.

“I don’t believe these conditions help with the development of our cricketers … as a South African supporter I feel we can compete with the best teams in the world on quality surfaces.”

The Kingsmead pitch is still likely to help the fast bowlers, because it offers pace and bounce, but the bowlers will probably have to work harder for their wickets.

Sri Lanka were outclassed in the first Test but will be hoping to end what has been a winless year in Test cricket on a positive note.

With batsmen of the calibre of Kumar Sangakkara, Mahela Jayawardene and captain Tillakaratne Dilshan, they have the potential to post a competitive total.

Sri Lanka’s bowling, though, lacks penetration following the retirement of off-spinner Muttiah Muralitharan and it is doubtful whether the call-up of fast bowling reserves in the form of Dhammika Prasad and Kanishka Alvitigala will make a significant difference.

The tourists can take heart from recent history, however, because South Africa have lost their three most recent Tests at Kingsmead — against Australia, England and India.

Sri Lanka drew the only Test they have played at the ground, in 2000/01, when Sangakkara and Jayawardene shone with the bat, making 74 and 98 respectively, and Dilhara Fernando, another survivor from that tour, took five first-innings wickets.

It remains the only Test in South Africa in which Sri Lanka have avoided defeat — although they were helped by a full day’s play being lost to rain.

South Africa will be seeking to wrap up the three-Test series ahead of the final match in Cape Town, starting on January 3.

Rookie fast bowler Vernon Philander, who hurt his knee in the nets on Saturday, has been in irresistible form, taking 24 wickets in his first three Tests, including 10 for 102 at Centurion.

He has been helped by bowler-friendly pitches but offers tight control and the ability to move the ball both ways, proving an ideal new ball partner for tearaway Dale Steyn.

South Africa will look to improved form from tall fast bowler Morne Morkel, who went to Durban early to work with fast bowling coach Allan Donald in an effort to regain the form that made him one of the world’s most potent strike bowlers last year.

Another early arrival in Durban was batsman Jacques Rudolph, who is hoping to cement his position as captain Graeme’s Smith opening partner.(AFP)