Having narrowly lost their match against Mumbai Indians, Caribbean side Trinidad & Tobago need to sort out their batting when they take on former winners New South Wales in the Champions League Twenty20 cricket match on Wednesday. 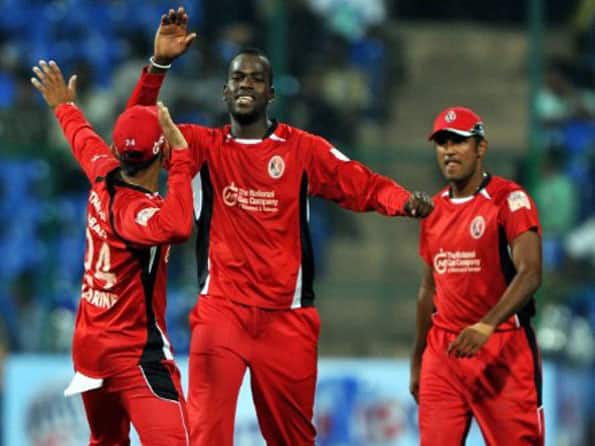 Having narrowly lost their match against Mumbai Indians, Caribbean side Trinidad & Tobago need to sort out their batting when they take on former winners New South Wales in the Champions League Twenty20 cricket match on Wednesday.

Both the sides have lost their respective opening matches and another defeat would severely dent their semifinal chances as only top-two teams in each Group would make the last-four stage.

New South Wales had lost by seven wickets to underdogs Cape Cobras while T&T gave a more fancied but depleted Mumbai Indians side a scare in their contest on Monday.

T&T, though, showed such application in defending the paltry total of 98 that even the victorious MI captain Harbhajan Singh graciously admitted that the better side had not won the game.

The Caribbean side showed purpose and a rabid hunger for victory, making their opposition work very hard for runs. But they must be disappointed that batsmen let them down.

The Caribbean side will have to ensure they bat the full 20 overs, otherwise a scenario like the one against MI, where they lost all wickets and left 22 balls un-played, will put a lid on their prospects in the event.

Skipper Daren Ganga has pace spearhead Ravi Rampaul to call on, but he will need runs on the board for his bowlers to deliver. Off-spinner Sunil Narine also impressed against MI, taking two for 10, and could be a threat on the Chennai pitch.

NSW boast a very strong batting line-up with Shane Watson and David Warner opening the innings but the team frittered away a good start to manage below-par 135 for eight against Cobras.

Keen to make amends, NSW middle order batsman Ben Rohrer has said the team would look to rotate the strike more against T&T, in order to put up a more competitive total.

On a pitch that has slowed down after being relaid recently, NSW may also opt to field the veteran Australian pacer Stuart Clark in place of one of the two younger fast bowlers, Mitchell Starc and Pat Cummins.

Both Starc and Cummins had fared decently against Cobras and Rohrer said it is up to the team selection panel to take a final call on whether Clark would be fielded against T&T.

“But it would be a big plus if he is included (in the team),” he had said.

T&T will have to check their reckless nature too.

Dismissals like that of opener Lendl Simmons — who was a settled batsman on 21 runs when he ran himself out against MI, assuming he had already reached the crease when he had not — could unsettle the team.

T&T will cause a major upset if they manage to topple NSW, and the group has already started living up to its tag as the ‘Group of Death’.

Both former champions — NSW and Chennai Super Kings — have already lost while the injury-struck MI top the table, followed by the unheralded Cape Cobras and T&T.(PTI)