The West Indies are determined to make a clean sweep of the ODI series against Bangladesh with a victory in the third and final match, skipper Darren Sammy said on Monday. 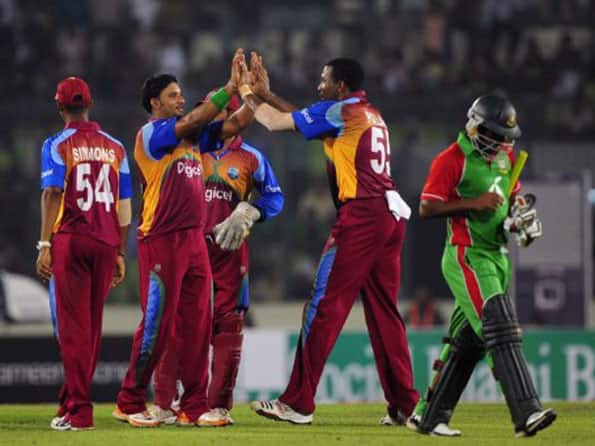 The West Indies are determined to make a clean sweep of the ODI series against Bangladesh with a victory in the third and final match, skipper Darren Sammy said on Monday.

The tourists have already gained an unbeatable 2-0 lead in the series after winning the opening one-dayer by 40 runs and the second by eight wickets in Dhaka last week.

“We are not relaxed as we still have got a job to do,” Sammy said ahead of Tuesday’s match in Chittagong.

“If we win the series 3-0, we will get four points in the new ranking system, so it’s a very important match for us.”

The West Indies are currently lying seventh in the one-day rankings, while Bangladesh are ninth.

The West Indies lost the one-off Twenty20 international against the hosts before coming back strongly in the one-dayers, and Sammy said his side was keen to maintain the momentum.

“We put in a very professional display in the one-day series and we want to continue that,” he said. “We expect very competitive cricket, so we are going to focus on doing well.”

The West Indies captain said he hoped his batsmen and bowlers maintained their impressive form in the remaining part of the tour, also featuring two Test matches.

Opener Lendl Simmons and Marlon Samuels are the batsmen in form, while fast bowlers Ravi Rampaul and Kemar Roach set up the West Indies’ win in the second game by sharing five wickets.

Simmons followed his maiden one-day century in the opening match with an impressive 80 in the second, while Samuels has so far scored two successive half-centuries.

“There is a good atmosphere in the dressing-room,” said Sammy. “Our batsmen are scoring runs and looking confident. Our bowlers are also doing well and we hope to put in a consistent performance.”

The tourists are without star batsman Chris Gayle, who was not considered for the tour due to ongoing differences with the West Indies Cricket Board, and leading all-rounder Dwayne Bravo.

The two-Test series starts in Chittagong on October 21. (AFP)

Shane Watson likely to feature in ODIs against South Africa