Prithvi Shaw became the 17th batsman to score a hundred on his maiden First-Class appearance for Mumbai.

When Tamil Nadu captain Abhinav Mukund had declared the innings on Day Four, he had probably expected his bowlers to pull off a win against Mumbai in the Ranji Trophy semi-final at Rajkot. Not all teams can make a target of 251 look easy, especially in a Ranji Trophy knockout match, but then, Mumbai is no ordinary side. They did not even try to grind out and bank on the first-innings lead. They chose to go for the runs, scored at almost four an over, and by the time the teams broke for lunch, they had almost sealed it. Praful Waghela got a brisk 36; Shreyas Iyer, hero of the previous season, a quick 40; but both men paled in comparison against young Prithvi Shaw, a mere 17, making his First-Class debut.

All Shaw had managed in the first innings was a boundary. This time he was more determined. This was the Shaw from the Harris Shield match three years back. On that occasion he had gone on a rampage, decimating the Francis D Assisi School bowlers for a 307-ball 546. He was ready for the next level, as he showed, just like a certain Sachin Tendulkar had done in the late 1980s.

At 17 years 57 days, Shaw is also the second-youngest to score a First-Class hundred for Mumbai (on maiden appearance or otherwise). Tendulkar, predictably the youngest, was 15 years 230 days when he had scored a hundred against Gujarat.

Shaw also became the youngest to score a hundred against Tamil Nadu. Cheteshwar Pujara held the record till today. He was 18 years 326 days old when he got a hundred at Rajkot, back in 2006-07. 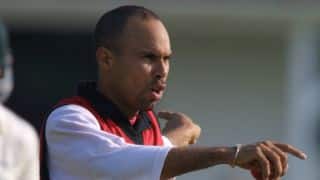 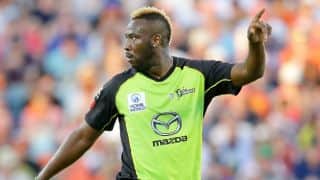