Prithvi Shaw-led India had an unbeaten run in ICC U-19 World Cup 2018. They went on to lift the World Cup title for the fourth time by defeating Australia in the final by 8 wickets at Mount Maunganui on Saturday. There have been different match-winners in every game who have contributed to India’s success. Anukul Roy, Kamlesh Nagarkoti, Shivam Mavi are a few from the bowling unit who have been consistently amongst the wicket-takers. Shubman Gill, Shaw and Manjot Kalra kept the scoreboard ticking.

On Sunday, ICC announced the U-19 World Cup team. Five Indian players made the cut. India s leading run-getters Shaw, Gill and Kalra take the top three spots in the team. Shaw will be seen opening the innings with his partner Kalra. Shaw ended the tournament with 261 runs at 65.25. Match-winner Kalra became the second Indian to score a century in the final of U-19 World Cup after Unmukt Chand.

Amongst the bowlers, Roy and Nagarkoti have got the nod. Roy finished as the joint-highest wicket-taker in the tournament along with Qais Ahmad and Faisal Jamkhandi holding 14 wickets. Ahmad, too, is included in the team to support the Indian spinner. Meanwhile, speedster Nagarkoti had ended the tournament with 9 wickets at 16.33.

South Africa s Raynard van Tonder is appointed as the captain lead. He aggregated 348 runs from 6 matches including the highest score of 143 against Kenya. South Africa were unable to proceed to the semi-final losing against Pakistan by 3 wickets. However, they finished fifth defeating Bangladesh by 8 wickets in the play-off. Tonder was on top even in the play-offs scoring an unbeaten 82.

U-19 World Cup’s leading run-scorer Alick Athanaze (418) from West Indies has been included as the 12th man in the team. 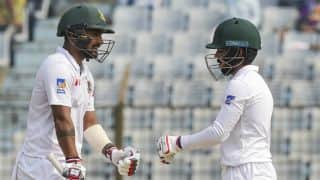 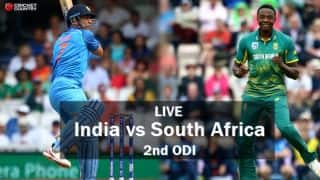