The other two, who have done enough to graduate to the A level, are spinner Anukul Roy and wicket-keeper batsman Harvik Desai, he reckoned.

New Delhi: Fielding coach Abhay Sharma feels six members of the World Cup-winning India U-19 squad, including the likes of Prithvi Shaw, Shubman Gill, Shivam Mavi and Kamlesh Nagarkoti, are ready to play at the India A level. The other two, who have done enough to graduate to the A level, are spinner Anukul Roy and wicket-keeper batsman Harvik Desai, he reckoned. Sharma, a former wicket-keeper batsman who featured in 89 First-Class games, said fast-tracking the U-19 players to the A and the senior side has its pros and cons.

“These six players are ready for the A level. I would not want to put them at the highest-level as of now. It should be a gradual process. Fast-tracking U-19 players into the national side can work both ways,” Sharma told PTI. Out of the six players he picked, four have played either First-Class or List A cricket. Before their exploits in New Zealand, Shaw and Gill had already made an impact by scoring First-Class centuries. Expectations have reached sky high ever since the boys won a record fourth World Cup for India. However, U-19 success doesn’t guarantee that all players would be able to make the transition to higher levels, something that was echoed by coach Rahul Dravid himself.

The reality was summed up best by former India batsman Sanjay Manjrekar.”Important to not get too carried away by under 19 triumphs. From 2010 to 2016, off the 64 players that played in WCs, only 2 have made a real mark at the highest level,” Manjrekar wrote on social media. The boys’ performance in New Zealand was special nonetheless as the team remained unbeaten throughout the tournament. Sharma said the side’s dominating run was a result of meticulous planning. The boys underwent a two-week camp in Alur before flying out to New Zealand where they had another two weeks to train and acclimatise.

The support staff, including Dravid, Sharma and Paras Mhambrey, played a huge role in grooming the players.”The training methods were very specific. We tried to make sure that the team peaked at the right time. And we were able to do that,” said Sharma. As the fielding coach, he left New Zealand with his head held high.

“We increased the intensity in our fielding drills as the tournament progressed. Whether it was close-in catching, catching in the deep, direct hits. I also worked a lot on the keepers, specifically on head positions. I felt really proud when Bangladesh coach said our fielding was by far the best in the tournament,” he added. 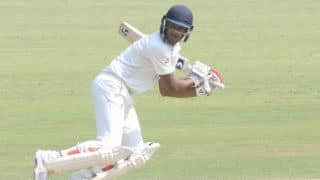 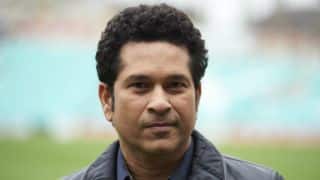