Prithvi Shaw and Shubman Gill have been phenomenal in India’s Under-19 World Cup 2018 campaign. While Shaw has led from the front, Gill has emerged as the highest scorer from the side. It was Gill’s hundred in the semi-final against Pakistan on Tuesday that paved the path for India to enter the tournament final for the record sixth time. India beat Pakistan by 203 runs.

Gill’s 102* in the semi-final propels his average in U-19 ODIs to 111.8. He has 1,180 runs and they have come at a strike rate of 103.23. After the semi-final win, Shaw and Gill attended the press conference. Here’s an insight to the teenage boys’ mind and Shaw also reveals some dressing room secrets.

The final of the U-19 World Cup 2018 between India and Australia will be held at Mount Maunganui on Saturday, 3rd February. 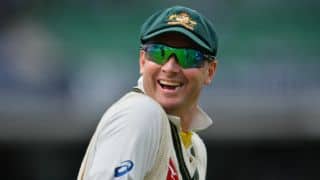