Shaw led the charge with a belligerent century, sending a timely reminder to selectors on the day India's Test and ODI squads for the New Zealand tour is to be picked. 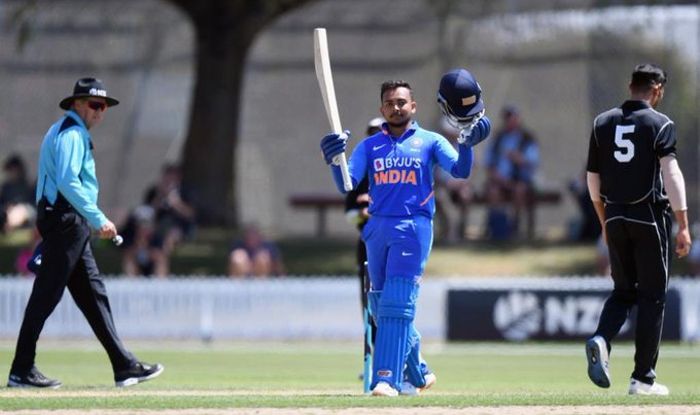 India A survived a scare to beat New Zealand A by a narrow margin of 12 runs in the second warm-up game ion Lincoln on Sunday. Prithvi Shaw led the charge with a belligerent century, sending a timely reminder to selectors on the day India’s Test and ODI squads for the New Zealand tour is to be picked.

Shaw’s century marks a terrific return to cricket for the 20-year-old. After hurting his shoulder during Mumbai’s first-round Ranji Trophy match against Karnataka, Shaw had to be rushed to the NCA for rehab. After making steady progress, Shaw was back in action and in his first match, the opener hit 22 fours and two sixes to guide India A to a mammoth 372.

New Zealand A responded emphatically, with Jack Boyle leading the way with a century, and Finn Allen scoring 87 off 65 balls. Skipper Daryl Mitchell and wicketkeeper Dane Cleaver also chipped in with strong contributions but were unable to take the side over the finish line.

Eyeing a comeback to the national Test team, Shaw was off the blocks quickly as he and Mayank Agarwal added 89 runs for the opening wicket. With Shubman Gill and Suryakumar Yadav, Shaw continued to remain on the charge and put on 69 and 51 runs respectively for the second and third wickets. With Gill, Yadav and Ishan Kishan departing without making much noise.

New Zealand received boost when Shaw departed in the 35th over, but from there, it was upto allrounder Vijay Shankar to take over and lift India towards a strong total. Shankar struck six boundaries en route to scoring a half-century and with lower-order contributions from Krunal Pandya, India finished on 372 before being all out in the final over.

The New Zealand A were off to a disastrous start with Ishan Porel removing opener Katene Clarke and Josh Clarkson early. But Boyle and Allen hit back hard with a century-plus stand for the third wicket. The pair added 144 runs before the partnership was ended by Krunal, who dismissed Allen 13 short of a century. Mitchell, who had finished with 3/37 from 6.2 overs, turned up the heat with the bat, partnering Boyle in an 88-run stand.

Mohammed Siraj gave India the breakthrough cleaning up Mitchell, and Boyle drilled 17 boundaries before Pandya struck for the second time to get rid of the opener. Cleaver tried to get New Zealand a late lift scoring 44 off 33 balls but the Indian bowlers held their nerves to secure the win. 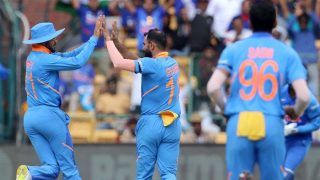