Shaw timed his jump to perfection as that was the key to taking the brilliant catch. Prithvi Shaw – who registered a duck – redeemed himself on the second day of the warm-up game between India A and Australia A on Monday as he took a stunning one-handed catch to send Tim Paine packing. It was a catch for the ages as he plucked it out of thin air and the important part was that he did not allow it to pop out of his hand.

It was an important catch by Shaw as it broke the 104-run stand between Paine and Cameron Green. Paine pulled a short ball from Umesh Yadav and found Shaw – who was stationed at backward square-leg. Shaw timed his jump to perfection as that was the key to taking the brilliant catch. Paine was dismissed for 44 off 88 balls. His knock was laced with four boundaries.

Meanwhile, at stumps on Day 2, the hosts lead by 39 runs and have two wickets in the bank. Green (114* off 173 balls) was the top-scorer for Australia A. He hit 10 fours and a six during his stay in the middle.

Umesh Yadav with three wickets was the best Indian bowler, while Ravichandran Ashwin and Mohammad Siraj got among the wickets, picking two apiece.

Earlier in the day, India declared the innings at 247 for nine after having added 10 runs to the total. Skipper Ajinkya Rahane remained unbeaten on 117*. The outing from Rahane would hold him in good stead ahead of the four-match Test series against Australia. Fans would hope Rahane shoulders responsibility in the absence of regular skipper Virat Kohli. 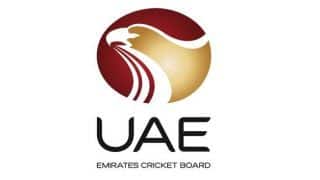 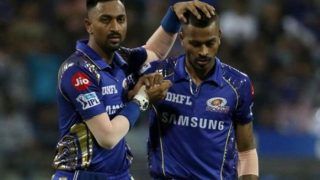