Off-spinner Prosper Utseya has gained the fruits of his recent hat-trick as he moved 10 places up in the recent Relaince International Cricket Council ( ICC) rankings.

Utseya, who picked up seven wickets in the recently concluded triangular series which included Australia and South Africa other than Zimbabawe. Now, Utseya ranks 34 in the fresh ICC rankings and his team-mate Tendai Chatara gained 14 positions to reach position 56.

“I feel that those rankings are just a guideline of experience and exposure one will be getting and it’s not really so important to me because at some point I was in the top six of the rankings, but I was not able to make it for the auction cut.”So to me as an individual they do not mean much, maybe until I get an opportunity to play abroad so I do not know whether I should be happy or not about these rankings,” said the off-spinner in an interview with allafrica.com. 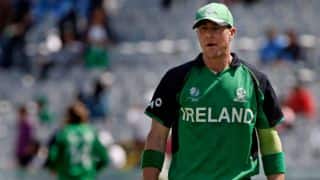