Najam Sethi has now confirmed that PSL 2018 would feature six teams, with the number of matches also increasing from 24 to 34.

Karachi: Pakistan Super League (PSL) chairman Najam Sethi has announced that six teams will play in the next edition of the country’s lucrative T20 tournament. While the speculations regarding the addition of the sixth team came ahead of 2017 edition of the tournament, franchise owners were reluctant to add another side in the competition. However, the PSL supremo has now confirmed that 2018’s tournament would feature six teams, with the number of matches also increasing from 24 to 34. Najam further insisted that he would also try to bring at least eight matches in Pakistan unlike the second edition in which only final was staged in Lahore. Shahid Afridi signs up as President of PSL franchise Karachi Kings

The 37-year-old all-rounder is expected to feature for the team as a player, too, in the third edition of the PSL in 2018, though this is yet to be confirmed. Last month, Afridi had announced via his Twitter account that he was leaving Peshawar Zalmi after two years with the franchise owing to personal reasons . 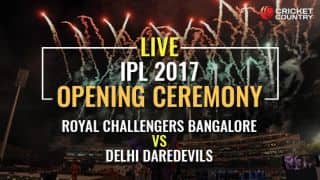