The video of Haris Rauf cleaning up Shahid Afridi for a first-ball duck has gone viral on Twitter thanks to the bowler's response. 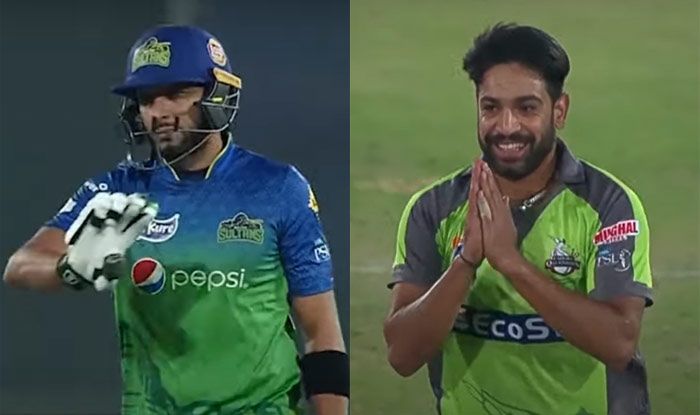 Lahore Qalandars stormed into their maiden Pakistan Super League final on Sunday night after beating Multan Sultans in the second Eliminator at the National Stadium in Karachi. Chasing 183, Sultans were bowled out for 157 in 19.1 overs with Qalandars winning by 25 runs.

Right-arm pacer Haris Rauf was impressive with the ball for Qalandars, finishing with figures of 3/30. He made three vital breakthroughs by dismissing opener Zeeshan Ashraf, big-hitting Rilee Rossouw and the legendary allrounder Shahid Afridi.

The video of Rauf cleaning up Afridi for a first-ball duck has gone viral on Twitter thanks to the bowler’s response.

The 27-year-old Rauf immediately apologised to Afridi as a mark of respect for having him dismissed for a golden duck. The official Twitter handle of PSL shared a clip of incident which has since gone viral.

Lahore will be contesting for the title against Karachi Kings in the summit clash on Tuesday.

Kings also defeated Sultans to make the final after beating them in Super Over of Qualifier played on Saturday.

Lahore defeated Peshawar Zalmi in the first eliminator to set up a date with Sultans in the Eliminator 2.

Sultans opted to field first and had their opponents under control despite a bright start led by opener Tamim Iqbal who was dismissed after a well-made 20-ball 30. A late blitz from David Wiese, who remained unbeaten on 48 off 21, powered them to a challenging 182/6 in 20 overs.

To their credit, Sultans were off to a solid start too with opening batsman Adam Lyth hitting a quickfire fifty.

Lyth’s 50 off 29 gave them the start they would have wanted and they were on a strong footing at 80/1.

However, player-of-the-match Wiese (3/27) got his team the prized scalp of Lyth and big-hitting Ravi Bopara as Sultans lost their way in the middle overs. 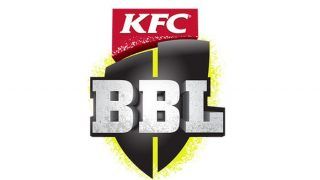