Sharjeel Khan is banned for five years, which includes two-and-a-half years of suspended ban, after the proceedings of the case.

As an outcome of the Pakistan Super League (PSL) spot-fixing that had rocked the nation, Pakistan’s anti-corruption tribunal handed a five-year ban to Sharjeel Khan. Asghat Haider, a member of the tribunal, told reporters: “Sharjeel is banned for five years, which has two-and-a-half year suspended, after the proceedings of the case.” Sharjeel was not allowed to play domestic and international cricket for the next two-and-a-half years as per the interim order released few months back. Sharjeel had earlier denied involvement in the case during the investigation. When he was questioned by the journalists, Sharjeel mentioned, “I have not done anything wrong. Everything will get clear soon.”

The tournament, organised in February and March this year, imposed no fine on Sharjeel, who was found guilty of intentionally playing dot balls. Apart from Sharjeel, Khalid Latif had also been suspended and sent back from PSL. The PCB statement stated: “Sharjeel and Latif have been suspended and the rigorous and wide-ranging investigation by the PCB supported by the International Cricket Council (ICC) will continue as part of collective efforts to protect the integrity of the sport.” Mohammad Nawaz was also handed ban for a month and was fined approximately US $2,000 after he admitted failing to disclose an approach by a bookmaker to engage in corrupt practices.

Sharjeel, 23, is regarded as a bright prospect for Pakistan. He was part of the T20I squad that toured West Indies in March, though he had returned home without playing a match.

Latif, on the other hand, boycotted the proceedings of a spot fixing hearing after a tribunal refused to give him a copy of his recorded interview. 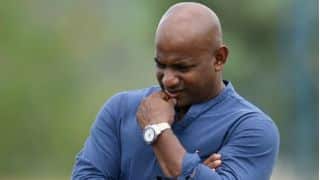 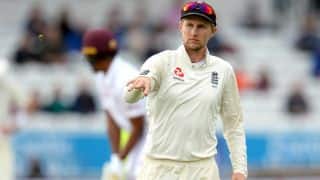