PSL spot-fixing: Sharjeel Khan not to appear before tribunal set up by PCB

PSL spot-fixing: Sharjeel Khan not to appear before tribunal set up by PCB

The PCB has accused Sharjeel of agreeing to a spot-fixing plan and of failing to report an approach, charges punishable by a ban ranging from five years to life.

Karachi: Discarded batsman Sharjeel Khan, facing spot-fixing allegations by the Pakistan Cricket Board (PCB) during the second edition of the Pakistan Super League (PSL), has decided not to appear before the Anti-corruption Tribunal of the cricket board as a witness. “Yes, we have decided that Sharjeel will not appear before the tribunal as a witness,” the Dawn quoted Sharjeel’s lawyer Sheghan Ijaz as saying. The counsel further said that the PCB would now have to produce evidence to support their witnesses and it seemed that the tribunal was looking to invite witnesses of the case again.

The PCB has accused Sharjeel of agreeing to a spot-fixing plan and of failing to report an approach, charges punishable by a ban ranging from five years to life. Ijaz, who produced ex-cricketers Dean Jones, Mohammad Yousuf and Sadiq Mohammad as witnesses to declare that Sharjeel played two dot balls in the PSL on merit, said his witnesses believed no innocent person should be punished until proven guilty beyond the shadow of reasonable doubt. The allegation relates to a match between Sharjeel’s team Islamabad United and Peshawar Zalmi in Dubai in February in which the left-handed batsman scored a single off four deliveries including two dot balls.

Meanwhile, Tafazzul Rizvi, PCB’s lawyer, said the decision of not appearing before the tribunal indicated that the discarded batsman did not want to defend himself.

Rizvi said the tribunal could call any witness again if it thought it right.

Earlier on Monday, Yousuf, appearing before the tribunal, had defended Sharjeel saying, “Sharjeel played both the balls on merit and he played forceful shots on both and one (stroke) could have resulted in a single. Had he wanted to play a dot ball he would have either left it or played with a dead bat.” Islamabad United coach Dean Jones had also come in defence of the Pakistani batsman, saying the two balls were not suspicious from a cricketing perspective. On March 6, a three-member tribunal was formed by the PCB to investigate the spot-fixing case allegedly involving Sharjeel and Khalid Latif.

Sharjeel, Latif and Shahzaib Hasan are facing charges for a number of breaches of the anti-corruption code of the PCB while playing for their respective teams in the second edition of the PSL.

Mohammad Irfan and Mohammad Nawaz, who were also accused, have already received their punishments and have been suspended for failing to report offers to fix.

Nasir Jamshed is other player involved in the scandal and his hearing in the case is yet to begin. 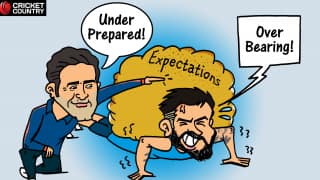 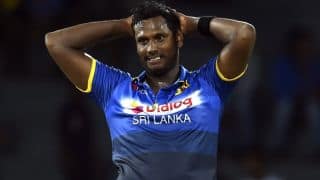