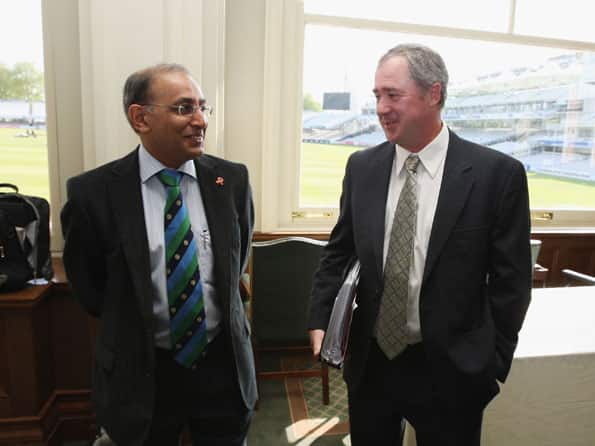 Former Pakistan captain Salman Butt, and pacers Mohammad Asif and Mohammad Aamer along with the trio’s agent Mazhar Majeed were sentenced to varying prison terms by a London court on Thursday after they were found guilty in a spot-fixing scandal that came to light last year.

May said these convictions alone cannot clean up the sport and the ICC needs to do more.

“There’s concern that the practice of spot-fixing and other types of fixing still appear to be prevalent in our game, despite the millions spent by ICC on education and the creation of the ICC’s Anti-Corruption and Security Unit (ACSU),” May told ‘Fox Sports’.

“(There’s) sadness that three young cricketers will face jail time, but satisfaction that the prosecution has been able to identify corruption and deliver a loud and clear message to players of all sports – that if you are caught cheating the integrity of sport, you will be prosecuted and face severe penalties.”

May said the best way to deal with the menace of fixing is to educate players.

“We need to ensure that cricket’s anti-corruption unit functions effectively and has access to the respective tools and information that can identify those who seek to harm our game,” May said

Symonds said he always felt that match-fixing happened in cricket.

“When I was playing, we were always of the opinion that it was going on. Something needed to be done about it. I don’t think people are going to think that’s the end of it,” he said.

“Hopefully, it gets stamped out through this and it’s an ongoing process and we can slowly weed it out of this game.”

Former Australian batsman Mark Waugh said sending players to jail would set an example for others.

“Whilst it’s particularly tough, probably on the youngest guy Mohammad Aamer, I think they had to get jail time,” said Waugh, who had his own brush with bookies long time back when he was fined by Cricket Australia for supplying information on weather and pitch.

“It is severe when you think someone is going to pay for it because it (jail terms) hasn’t happened in the past. The captain, he’s the guy who has orchestrated it. It (Butt’s penalty) probably should have been longer,” he said.(PTI)