A resurgent Kings XI Punjab is closing the gap with them in the points table but Kolkata Knight Riders coach Dave Whatmore is not unduly worried about the gradual rise of the Adam Gilchrist-led side. 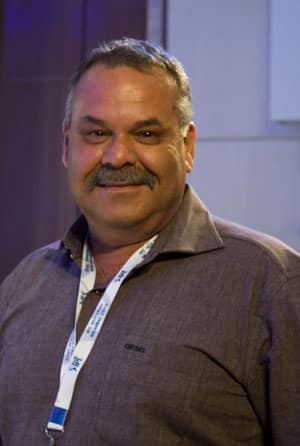 A resurgent Kings XI Punjab is closing the gap with them in the points table but Kolkata Knight Riders coach Dave Whatmore is not unduly worried about the gradual rise of the Adam Gilchrist-led side.

Punjab on Tuesday trounced table-toppers Royal Challengers Bangalore by 111 runs to be on tied 14 points with Kolkata but Whatmore said Bangalore’s defeat gives them a chance to seal number one or two spot in the table.

“That was a good game, hats off to Kings XI. As far as we are concerned nothing has changed. We still have to win our games. What happens with the other games is beyond our control. Kings XI’s win has also given us a chance to finish one or two if we go on and win our remaining games,” Whatmore said ahead of the clash against Pune Warriors.

Punjab are fifth in the table just behind Kolkata and can very much upset their play-off chances if Kolkata lose one of the two remaining games.

Thursday’s clash is not a must-win game for the Kolkata but Whatmore said they are determined to do well.

“Every game is important. This is not a do-or-die game for us. It’s still important to try and win. We will try and do our best,” said the former Australian batsman.

Whatmore tried to play down the Sourav Ganguly factor in tomorrow’s clash when the former KKR captain will turn out.

“We will know on Thursday, I guess. He wanted to play some cricket. We are happy he’s got an opportunity to do that. It’s still Pune Warriors vs Kolkata Knight Riders and nothing else,” he remarked.

Saying he was not aware of his team owner Shah Rukh’s statement recently that Ganguly had been KKR’s lucky mascot in the first three years, Whatmore in a light-hearted manner wondered then how come the franchise did not make it to the finals even once.

“We have not made the finals for three years. I don’t know what ‘lucky’ is? But I have not read it (Shah Rukh’s statement). “

Whatmore did not agree that his team has depended on only a few batsmen like Manoj Tiwary, Jacques Kallis and captain Gautam Gambhir.

“That’s not entirely true. We have had a few games where we had contributions across the way. In fact, our man-of-the-matches have been different people except for one. Iqbal (Abdulla) has had two, the rest have had one each. It has been a good team performance and we need that to continue on Thursday,” the Knight Riders coach said.

He could not say what the wicket could do or whether there would be some changes in the playing eleven.

“I have not had a look at the wicket. I am not very good at reading wickets. About selections we will have a talk about it sometime Wednesday night. Not in a position to let you know whether there will be changes or not,” he said.