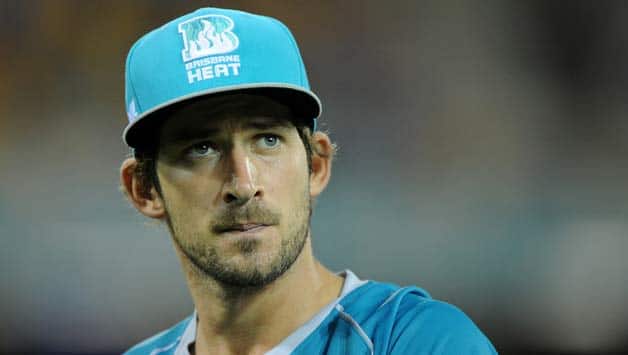 Joe Burns scored 1,038 runs across all forms throughout the voting period © Getty Images

Burns burst onto the Australian domestic scene late in 2010-11, scoring a brilliant century in his Bupa Sheffield Shield debut. The following season he led the Bulls’ first-class aggregates to further underline his potential.

Burns totalled 1,038 runs across all forms throughout the voting period, at an average of 35.9, including four centuries and two half-centuries.

His 43 from 27 balls for the Brisbane Heat against the Perth Scorchers in the KFC T20 Big Bash League Final was the top score for his side and a key to their eventual victory.

Burns finished the 2011-12 season strongly, posting scores of 43, 90 and 130 in the Bupa Sheffield Shield before making 28 in the final won by the Bulls. He also represented Australia A in England during the winter.

The Bradman Young Cricketer of the Year is awarded to the most outstanding eligible cricketer for the Voting Period as voted by his peers taking into account performances in the three major Cricket Australia domestic competitions and for Australia in Tests, One Day Internationals and Twenty20 Internationals.

The Bradman Young Cricketer of the Year award was open to any player who was aged 24 or under and had not played more than 10 first-class matches at the commencement of the voting period.