De Kock did not realise that Steyn, who is 10 years senior to him, would play such a prank on him.

South Africa wicketkeeper Quinton de Kock got scared of Dale Steyn in their match against Zimbabwe at the Harare Sports Club on Thursday. Steyn had called for a catch but de Kock stopped him before he took the catch himself. De Kock felt that Steyn’s reaction after that was scary but it was not serious at all as Steyn embraced him after he took the catch. De Kock did not realise that Steyn , who is 10 years senior to him, would play such a prank on him.

South Africa won the sixth game of the triangular series against Zimbabwe by a margin of 63 runs after dismissing the hosts for 208 at the end of 47.2 overs after having posted a total of 271 for the loss of six wickets during the innings earlier. South Africa move past Australia on the table with 15 points courtesy the victory and will face them in the tournament final on September 6 in Harare.

South Africa ended their innings at 271 for the loss of six wickets against Zimbabwe, with David Miller and Wayne Parnell at scores 10 each in the sixth match of the Zimbabwe Triangular Series. Neville Madziva was the pick among the bowlers with figures of two for 53 in six overs. The highlight of the South African innings was a century by Faf du Plessis, his third in the current series. 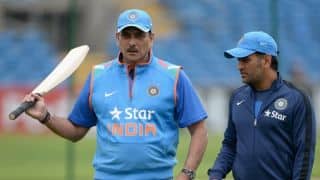 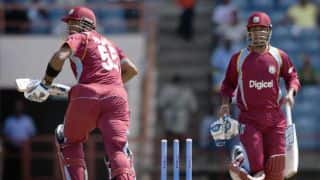