Karnataka last won the trophy in 1998-99, are now joint second with Delhi.

Karnataka lifted their seventh Ranji Trophy title Sunday beating Maharashtra by seven wickets in the final at the Rajiv Gandhi International Stadium. Their captain R Vinay Kumar said he always believed his young side had the ability to lift the title this season.

With the win, Karnataka, who last won the trophy in 1998-99, are now joint second with Delhi while Mumbai top the list with 40 crowns. For two-time winners Maharashtra it was another chance lost to lift the trophy they had won last in 1940-41.

“Ranji Trophy is bigger than individual achievements. We all worked very hard for this with the support staff and it’s an amazing moment. We’ve been doing well for many years but we couldn’t win in 2009-10 and then made the quarterfinals but couldn’t go further,” said Vinay.

“So we wanted to win it this time and it’s a superb team effort. Most of the players are around 25-26 and they all want to play for the country, they all aim big and are doing well. We had the ability to win and the belief and took it forward match-by-match as a positive unit. Lifting the Ranji Trophy is a great honour and I’d like to thank my teammates for that.”

Karnataka’s Lokesh Rahul, who was adjudged man of the match for his century in the first innings, said he had saved his best for the final.

“I was hoping I would save my best for the end and that’s what happened. I took it one game at a time and that helped my batting. I was getting the starts but was not covering them. All my teammates supported and pushed me to do well. It was always a dream to win Ranji Trophy,” he said.

Karnataka’s star batsman Robin Uthappa, who has had a good season, said winning the title was an amazing feeling.

“It feels fantastic. We worked very hard for this and this success is phenomenal. We will party for three-four days now. All the players who contributed to this win joined us. Stuart (Binny) has come from New Zealand also. We would like to thank Karnataka State Cricket Association for their support,” he said.

Maharashtra captain Rohit Motwani said he was extremely proud of his side despite the loss.

“They have been showing a lot character from game one, there are a lot of positives. They have been working hard as a unit. Catches win matches and that was important. We dropped a few but we overcame quite well on the second day with seven wickets. If we had taken those, we would have given a better fight,” said Motwani.

“When we made it to quarterfinals, that’s when we thought we can lift the Ranji Trophy. The hope started building up from there. Only thing was we didn’t bat well on Day 1 and things didn’t go our way. In batting everyone contributed with the bowlers, who took 35-40 wickets,” he said. 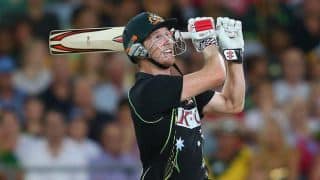 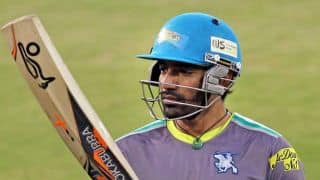