Rachael Heyhoe-Flint was the first woman to be inducted into ICC s Hall of Fame.

Former England women’s cricket captain Rachael Heyhoe-Flint passed away at the age of 77. Born on June 11, 1939, Heyhoe-Flint was one of the exceptional women cricketers. Her Test career spanned in between 1960 to 1979. Apart from being a phenomenal player, she played the pivotal role in helping women’s cricket evolve. She was the first women to hit a six in Tests Heyhoe-Flint would even go on to write match reports on the games she played in. She made people talk about women’s cricket, when they didn t. She made her Test debut for England in 1960 and went on to play 22 Tests, scored 1,594 runs at 45.54.

In One-Day Internationals (ODI), she played 23 games, collected 643 runs at 58.45. Surely, her batting average speaks volumes about her greatness as a women cricketer. Heyhoe-Flint also captained the England women side in 12 Tests and won two out of it. Although, she never faced any defeat in her captaincy tenure. In ODIs, she led in 9 games and emerged victorious on seven occasions. She played a vital role in revolutionising women s cricket across the globe. Reacting to her demise, former Indian cricketer Rahul Mankad wrote on Facebook, Great lady. Wonderful after dinner speaker as well. Really witty. RIP.

Under her leadership, England won the maiden Women’s Cricket World Cup in 1973 and ensured the Ashes title remained with England in back-to-back series in 1968-69 and 1976. Interestingly, she also represented England in hockey as a goalkeeper in 1964 and was Director of Wolverhampton Wanderers Football Club since 1997. At the time of passing, she still was the club’s vice-president. Heyhoe-Flint was appointed to The House of Lord’s in 2010 as a Conservative Party peer and in the same year, she became the first woman to be inducted into ICC s Hall of Fame.

Heyhoe Flint was awarded the MBE in 1972 and the OBE in 2008. Her son, Ben Heyhoe Flint was quoted in Express & Star, as saying, We re deeply saddened by the passing of Mum, and yet we re filled with immense pride as we now look back on her achievements in government, cricket, football, charity and community on which she had such a profound influence.

She tackled all of the above at full speed, showing us how grace, a cheeky sense of humour – and tenacity – can break glass ceilings.”

She leaves behind husband Derrick, son Ben, and her stepchildren Rowan, Hazel and Simon, her brother Nicholas. 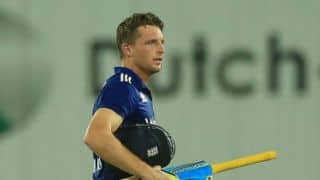