This was Nadal's 22nd Grandslam title

New Delhi: Spain sensation Rafael Nadal on Sunday won his 14th French Open title. The ‘King of Clay’ defeated Norwegian Casper Ruud in straight sets (6-3, 6-3, 6-0), in a match that lasted two hours and 18 minutes. The win also meant that Nadal became the oldest player to win the French Open, with his first title coming in 2005. This was Nadal’s 22nd Grandslam, the most by any player, two slams ahead of rivals Novak Djokovic and veteran Roger Federer.

The Spaniard can be extremely proud of his performance, given the fact that the ace player was not certain to feature in the tournament due to his chronic left foot injury that flared up ahead of the tournament.

The road to the final wasn’t easy either as Nadal had to face Felix Auger-Aliassime, Novak Djokovic and Alexander Zverev in his final three rounds. However, the veteran, who is unbeaten in the last 13 finals in Paris, fetched an elite win against all odds. This was Nadal’s 112th win against just three losses in the tournament’s history.

Meanwhile, the Indian cricket fraternity reacted to Nadal’s dominance and hailed him as a GOAT. Here’s how they reacted on Twitter.

Casper Ruud-Already a true champion. He’ll be back! And Rafa, well Rafa is Rafa. Always down to earth, no matter what the outcome.Huge inspiration for the sporting world! I hope all youngsters were watching, especially the pre & post match respect between opponents & to the sport

A modern day Hercules who just will not melt in the hottest Claypot. Starts favourite to make it 15 only. Just insane. Salute forever @RafaelNadal @rolandgarros #Nadal #FrenchOpen pic.twitter.com/XXfMHRgmku

To go out there and win a record 14th @rolandgarros & 22nd Grand Slam at the age of 36 is an incredible achievement.

To see you come back year after year and perform the way you do is just magical.Congratulations on winning your 14th @rolandgarros win Rafa.

You’re an inspiration for every kid around the world. pic.twitter.com/6s7OD5WMqg

An absolute champion #Nadal .winning @rolandgarros 14 times is some achievement .??? well done to #CasperRuud as well on reaching the finals of the grand slam

– Congratulations @rafaelnadal on winning the #RolandGarros for a record 14th time & on clinching your 22nd Grand Slam!

Mate you defy the odds every-time, age really is just a number for you! Keep going strong champion ? #RafaelNadal? pic.twitter.com/fgW7DwfCaD 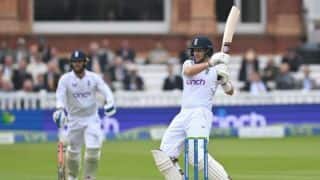