The 43-year-old is currently India A and U-19 coach apart from being a ‘Mentor’ with Delhi Daredevils.

BCCI secretary Anurag Thakur today said that the cricket board will have to deliberate over Rahul Dravid’s candidature before taking any decision on India’s next coach but assured that the right person will be selected at the appropriate time. With Ravi Shastri’s contract as Team Director coming to an end after the completion of ICC World T20, Dravid’s name has been doing the rounds for the job. Thakur said: “I think media publishes many reports which are not even discussed at any level. Rahul Dravid has done extremely well as a player and he has been outstanding with India A and U-19 players. ALSO READ: Rahul Dravid: Coaching India will depend upon whether I have time and bandwidth for the role

“Before taking any call, we have to discuss that within BCCI that who we want to hire for the next 2 or 3 years till the 2019 World Cup and who could be best for Indian cricket. But I would like to assure you that we will pick the right person, at the right time,” he said during an interaction with fans on a social networking site.

There were reports that BCCI’s advisory committee, comprising Sachin Tendulkar, Sourav Ganguly and VVS Laxman, has approached Dravid, currently in charge of India A and India U-19 squads, for the top coaching job.

Earlier, Rahul Dravid made it clear that any decision on taking up coach’s role with the senior Indian team will depend on whether he has the time and “bandwidth” for the high-profile job. The 43-year-old is currently India A and U-19 coach apart from being a ‘Mentor’ with Delhi Daredevils. 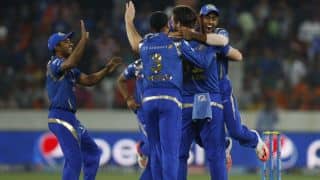