Rahul Dravid is extremely close to my heart: Rudi Koertzen

Rahul Dravid is extremely close to my heart: Rudi Koertzen

Former elite panel umpire Rudi Koertzen on Tuesday revealed that India's middle-order batsman Rahul Dravid is one player who is extremely close to his heart. 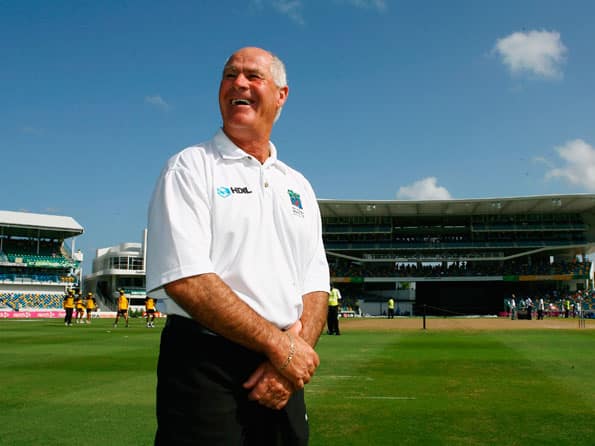 Former elite panel umpire Rudi Koertzen on Tuesday revealed that India’s middle-order batsman Rahul Dravid is one player who is extremely close to his heart.

Stating that he is too fond of the former India skipper, Koertzen said, “Dravid is so close to my heart. I just admire that boy. I love the passion in him. He is called the ‘The Wall’ back home.”

The 62-year-old from South Africa, who retired from umpiring last year, said that he misses the trips to India and seeing Sachin Tendulkar play in front of his home crowd.

“It is amazing to see Sachin play, especially in India. Sometimes you would not find too many spectators watching a match in the stadium, and then a wicket fall and he would walk into the field and suddenly you would see a whole lot of people walk into the stadium out of nowhere,” he observed.

“People are so passionate about cricket in India and the crowd is so good that I really miss going to India after my retirement,” he added.

He also admitted that other than Dravid and Tendulkar, he has been a great admirer of Virender Sehwag.

Insisting that it pains him when Sehwag gets out playing a silly shot, Koertzen said that he warned him all the time not to get out to a bad shot.

“I always told him, whenever I used to officiate in a match in which he was also playing that ‘if you get out to a bad shot, I will give you a hiding outside the stadium’,” Koertzen, who officiated in the World Cricket Legends match between India and South Africa here on Tuesday, said.

Meanwhile, coming out in the support of the Umpires Decision Review System (UDRS), he said the technology is good.

“While the on-field umpires get only a split second to decide, the replays help in making more appropriate decisions, which is good. If the correct decision is being made, it is always good. So what is the harm in using the UDRS?” he asked.

Family to take Peter Roebuck's body to England for burial