Rahul Dravid: KL Rahul can be picked as back-up opener for Australia tour

Rahul Dravid: KL Rahul can be picked as back-up opener for Australia tour

KL Rahul has scored over 1,000 runs during the last domestic season in India.

Former India captain Rahul Dravid on Monday said that he would like to see his statemate and new batting sensation KL Rahul make it to the Indian Test team for the tour of Australia along with talented Railways leggie Karn Sharma.

“He has scored over 1000 runs in the domestic season, looks in really good form with twin hundreds in the Duleep final, so if you are going to give a youngster an opportunity, it’s good to pick him if he’s in good form and actually playing well. You are picking him, at least initially, as a back-up opener,” Dravid told ESPN Cricinfo on Monday.

Dravid felt that Stuart Binny might find it difficult to get a berth in Australia, where six specialist batsmen will be required. “In Australia, India will need six batsmen, given the kind of pace attack that Australia has and the wickets they will be up against,” he said. “Pick three quality fast bowlers and a spinner, and hope you put enough runs on the board to give your bowlers enough time to pick 20 wickets.”

Dravid wants Karn in the Test squad over Ravindra Jadeja as “wrist spinners have a greater chance to succeed in Australia especially if they bowl slightly quicker in the air and have a good googly. Jadeja does a good job at what he does,” Dravid said.

“You know what you are going to get with him, he will bowl wicket to wicket, he will bat well for you at 7 or 8 but I just feel if you want to win Test matches in Australia and you have a quality wrist-spinner, you give yourself a great chance.” 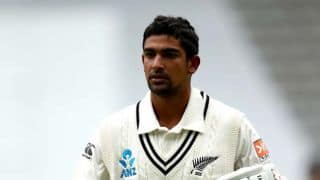