Cricket experts in India feel that batsman Rahul Dravid s slow reflexes are the primary reason for his downfall in the recent times. 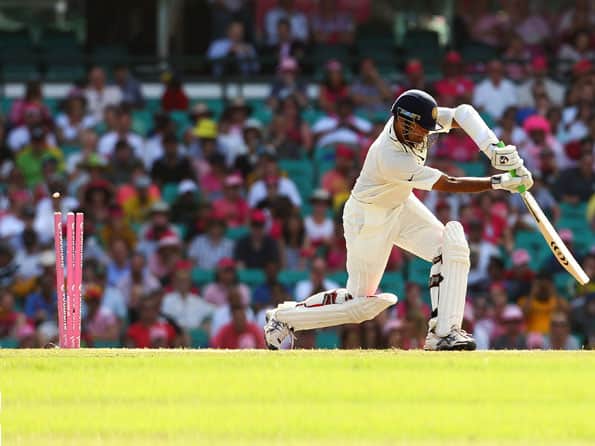 Cricket experts in India feel that batsman Rahul Dravid s slow reflexes are the primary reason for his downfall in the recent times.

Sharma was quoted in India Today as saying,” He has always been someone with a pronounced initial movement, and though I have never been a big believer in that, it has served him well in the past. I don’t think that has been causing the damage.

” If you see his last few innings, he gets bowled after having played himself in for a while, which indicates to me that he is suffering from lapses in concentration.”

“It is almost as though he starts well, and then slowly his mind suffers a lapse which, allied to the Australian bowlers’ discipline, the extra pace and late movement, lets the ball through. He is still technically sound, but on the faster wickets, his slower reflexes are not being able to cope up.”

He said,” It is a technical flaw that has crept in to his batting that is causing this. You see his backlift – it has always had his elbow away from the body, but it is the downswing that matters, and he used always get into position behind the ball. But now, that front elbow position is not what it used to be, and he is playing predominantly the front foot, which is fatal on the fast and bouncy pitches there.”

Bhaskar added that the mental pressure of being out-of-form has added to Dravid s technical woes. He said,” His weight is on the backfoot, which is preventing a back-and across movement that would help him play the cuts and pulls like he used to. His mind seems to be hesitant and under- pressure, so bottom hand is too tense around the handle too.”

“Fifteen or minutes won’t do, he needs to for hours in the nets and try to his mind right,” suggested Bhaskar.