Rahul Dravid and Sharmila Tagore, wife of the late Mansoor Ali Khan Pataudi, on Saturday launched a book on the former India captain titled 'Pataudi: Nawab of Cricket', at the Jaipur Literature Festival. 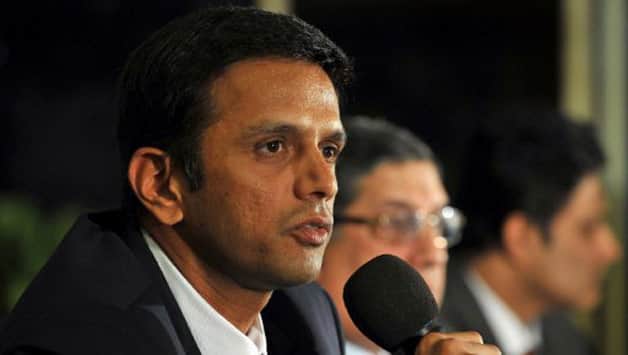 Rahul Dravid and Sharmila Tagore, wife of the late Mansoor Ali Khan Pataudi, on Saturday launched a book on the former India captain titled ‘Pataudi: Nawab of Cricket’, at the Jaipur Literature Festival.

The release of the book, written by Wisden India Almanack editor Suresh Menon, received a cheerful applause from a huge crowd present at Diggi Palace.

Sharmila Tagore, the yesteryear actress, thanked the gathering and the writer of the book.

“I am glad to be here for this unforgettable occasion and deeply indebted to Mr. Menon for this book. I read each word of this wonderful book and it made me emotional. I hope readers will like it also,” said Sharmila.

Dravid, the former India captain and skipper of IPL franchise, Rajasthan Royals, said, “I am very happy to see a book on legendary cricketer MAK Pataudi and this book will surely encourage readers to know more about cricket and cricketers.”

“We are thankful to Mr. Menon and I wish we will see more books on this sport and life of cricketers,” he added.

Menon, while speaking at the book launch, said Pataudi was a great cricketer and, above all, a great team man.

“MAK Pataudi was a great batsman, fielder, captain and above all, he was a great cricketer. Moreover, he was a great team player and knew how to bring all players together to play as a team. Because of his team building, India registered their first Test series win overseas against New Zealand in 1968,” stated Menon.

The book launch was followed by a session presented by Rajasthan Royals Corner of a Distant Playing Field in which Dravid was joined by Ian Buruma, a Dutch writer and academician, and moderated by Rajdeep Sardesai, son of late former Indian cricketer Dilip Sardesai and Editor-in-Chief of CNN-IBN news channel.