Slater was convinced it was out and he kept appealing, whereas Dravid had his reservations over the catch. 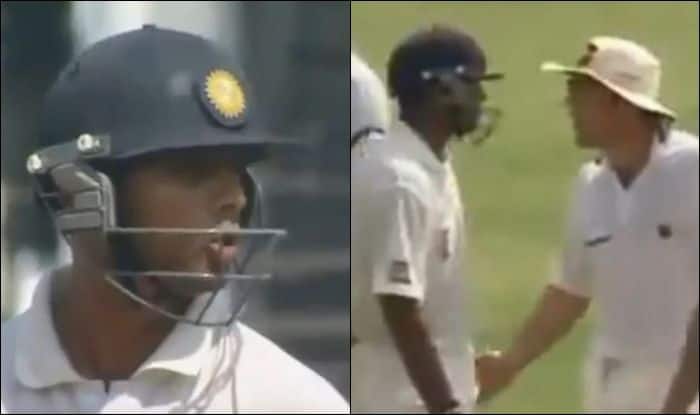 Former India cricketer Rahul Dravid is known to be arguably one of the coolest heads ever to have taken the cricket field. But there was an incident when even he lost his cool and could not take in rubbish from a former Australian opener. As Dravid turns 47, we look at the rare moment in his illustrious career. It happened in 2001 when a dominant Steve Waught-led Australian side toured India.

The incident took place in the first Test of the tour in Mumbai. It was the second innings and India was going strong at 103/2, Dravid was in the middle with Sachin Tendulkar at the other end. Dravid was at the striker’s end and Damien Fleming was bowling with Adam Gilchrist up to the stumps. The Wall mistimed a pull shot which fell into the hands, or as replays showed, just short, of Michael Slater’s grasp in India’s first innings.

Slater was convinced it was out and he kept appealing, whereas Dravid had his reservations over the catch. The third umpire had a close look at that and felt the ball had hit the ground before being taken by Slater. The Australian was disgusted at the decision and charged straight at Dravid. Initially, Dravid like zen stood his ground as Slater kept on foul-mouthing him. Finally, Dravid lost his cool and retaliated.

Eventually, Dravid was dismissed for 39 runs as Australia won the Test by 10 wickets. Adam Gilchrist bagged the man of the match for his belligerent 112-ball 122.

It was one of the rarest of rare moments in Dravid’s career when he lost his cool and gave it back.

After finishing as a cricketer in 2012, bringing an end to a 16-year-long career, Dravid continued to serve Indian cricket first as coach of India A and Under 19 teams and currently as the director of the National Cricket Academy. To celebrate Dravid’s birthday, we look at some of his accolades. 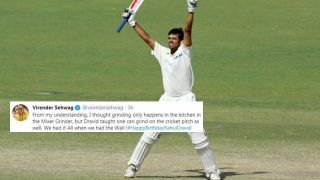