Rahul Johri as BCCI representative before ombudsman in Tendulkar, Laxman conflict of interest matter is un

Sachin Tendulkar and VVS Laxman are set to depose in front of BCCI Ombudsman DK Jain on May 14 for their alleged "tractable" conflict of interest matter.

Sachin Tendulkar and VVS Laxman are set to depose in front of BCCI Ombudsman DK Jain on May 14 for their alleged “tractable” conflict of interest matter.

However, what has seen the Board of Control for Cricket in India (BCCI) officials raise eyebrows is CEO Rahul Johri representing the board in the matter.

While BCCI executives have justified Johri’s presence citing that the board is a party to the case as the Cricket Advisory Committee (CAC) is a sub-committee of the BCCI and the CEO represents the board, senior officials feel that Johri’s own position is under the scanner as the Supreme Court will hear in July the plea filed by the Cricket Association of Bihar regarding charges of sexual harassment against Johri.

“Why does Johri need to be the one going to the ethics officer/ombudsman for the BCCI all the time? It must be noted that the decision on the proceedings relating to sexual harassment was a stalemate in the CoA. The CoA cannot decide his matter anymore and it would only be the ombudsman who would hear and decide on his matter, unless the Supreme Court orders an independent inquiry.

“It is ethically and morally incorrect for him to be the conduit of the BCCI to the ethics officer and now an application in this regard would also be heard by the Supreme Court very soon. It is unfortunate that things are going from bad to worse,” the official said.

In fact, the official found support from a BCCI functionary who said that it brings forward a situation wherein if and when Johri’s own case comes to the ombudsman, the CEO could be at an advantage.

“The doubt has merit. The CEO’s own position is still not clear and to have him represent the BCCI and meet the ombudsman might be someone’s way to encourage familiarity. Just sending documents for reference to the ombudsman was enough and you did not need physical presence. In fact, if I am correct, the matter was also discussed in the CoA meeting in the capital,” the functionary said. 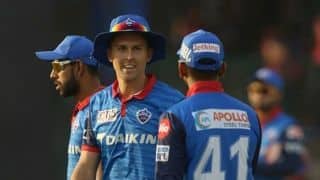 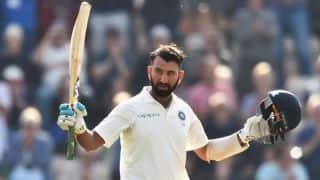